The Afghanistan Chamber of Commerce and Investment (ACCI) has called on the U.S. Embassy in Kabul to cooperate in the process of restarting exports to Pakistan.

With the arrival of the fruit harvest season, Afghanistan has seen a bumper crop of watermelons and is struggling to sell it, said ACCI which also trades fresh and dried fruits. 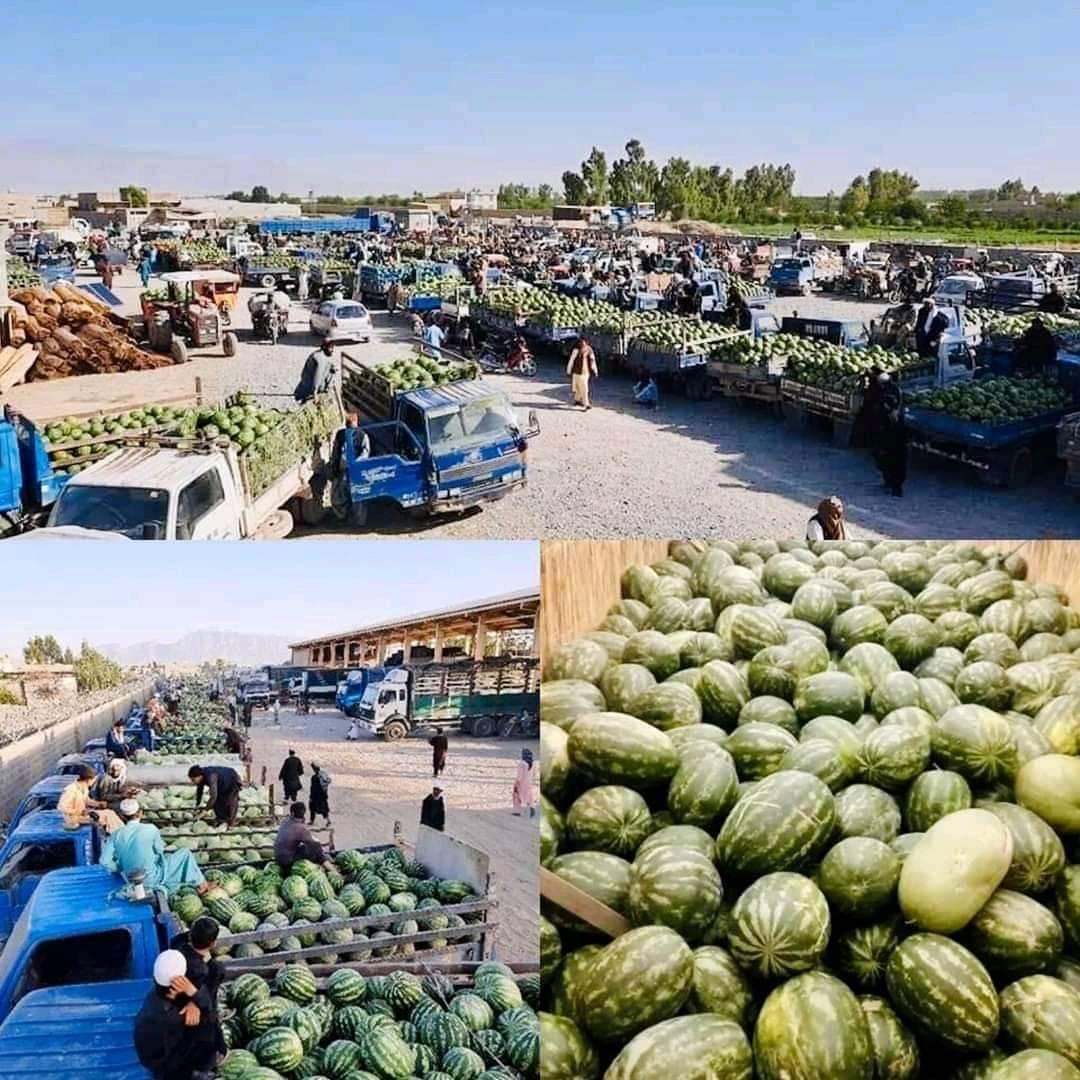 In its press release, ACCI said they held a video conference with the U.S. Deputy Chief of Mission in Kabul Karen Decker. They are trying to facilitate the reopening of Pak-Afghan border crossings so that exports could start again.

We at #acc_af had a great meeting with Deputy Chief of Mission Decker of @USEmbassyKabul and group of Afghan trader on opening of pakistan borders to Afghan agricultural products to be exported to pakistan to prevent another watermilon crises in Afghanistan. https://t.co/4Suu0wAF5d

During the meeting, Decker pledged to hold talks with the U.S. embassy officials in Kabul and Islamabad to facilitate the process of opening Pakistan’s borders.

She promised a solution to put an end to the dilemma soon.

Sayed Zaman Hashemi, chairman of ACCI and head of the Fresh Fruits Union, said the government had promised to open Pakistan’s borders earlier with consencuc from the Ministry of Commerce and Industry, the Ministry of Foreign Affairs and the Office of the President.

However, no action has been taken so far.

The ACCI also called on the Afghan government to prevent the impending catastrophe that threatens their exports and to talk to Pakistani officials to export fresh fruit and vegetables during the harvest season.

Meanwhile, the Ministry of Agriculture said in a press release on Wednesday that estimates show Kunduz province will harvest more than 100,000 tons of watermelons this year while Farah province is expecting 689,400 metric tons this year

Favourable climatic conditions in Kunduz led to the farmers planting 3,460 hectares of land. Now, they are worried about selling their produce.

Some farmers have said that the quality of the harvest has also increased this year, with watermelons weighing up to 16 kilograms.

They are optimistic about increasing their agricultural products, but they are asking the government to cooperate so that their melon products are sold at favourable prices.

In Farah, which saw a 6% increase over last year’s harvest, farmers have transported their products to Kabul but have found no buyers.

Struggling with the lack of domestic sale and the inability to export, they are calling on the government agencies to help find markets for their produce.

Last year, Farah province saw a 17% increase in watermelon products. Farmers had to set the price at AFN1 for every kilogram of watermelon, which was a devastating drop in price.

Every year, Afghan farmers complain about the lack of foreign markets for their fresh fruits and fruit products. Failing to make the sale, these fruits are either sold for a loss or destroyed as they sit in storage waiting for better markets.