Local officials have reported the arrest of five people in connection with terrorist activities in Ghazni province. 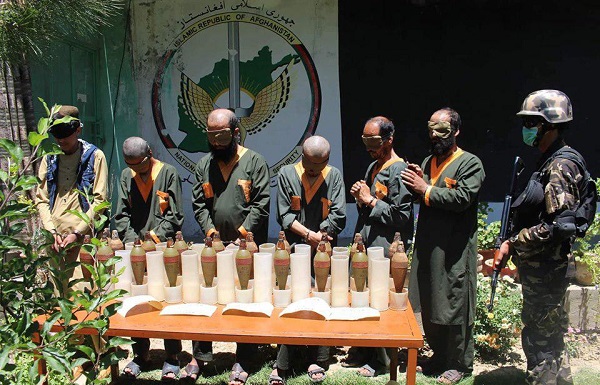 Five people were arrested in separate operations from different areas in connection with terrorist activities by security forces in the province, Ghazni provincial press office said in a statement on Wednesday.

The statement added that, the detainees were involved in embedding mine and also killing security personnel in Ghazni province.

These individuals were arrested from surroundings from Khwaja Omari and Andar districts of Ghazni province and surrounding of Maidan Wardak province.

Farid Popalzai has been appointed as Afghanistan’s Permanent Rep to IMCTC. Having joined the Islamic Military…

The Independent Election Complaints Commission says that for the last two days, the process of registering…

President Ashraf Ghani is set to visit UK next week, as per a statement by presidential…