During the conversation, they discussed the efforts of Uzbekistan and the U.K. to peacefully resolve the Afghan crisis, as well as launch of the direct intra-Afghan were discussed, Uzbekistan’s Ministry of Foreign Affairs said.

Bayley appreciated the initiative being taken by Uzbeki leaders to run Central Asia into a secure, stable and prosperous region. He said this would held strengthen regional cooperation, including in resolving the Afghan crisis. 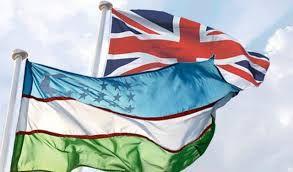 As the exchange of views progress, they also discussed the priority areas of the Uzbek-British cooperation in rebuilding the national economy of Afghanistan, and the implementation of various infrastructure projects in the country.

COVID-19: Afghanistan Sees Decrease In New Cases With Tally At 29,715