Kabul: Former UK military translators who fled Taliban death threats in Afghanistan and are now trapped in other countries are expected to be allowed to seek refuge in Britain.

In a major breakthrough for men who stood shoulder-to-shoulder with British troops, the UK Ministry of Defense is exploring ways for them to relocate to the UK from other countries. It will mean they no longer face returning to Afghanistan to submit an application to come to this country – a journey which, for many, is simply too dangerous.

Up to 20 former translators are trapped, mainly across Europe but also in India, Pakistan and Australia, according to estimates. Only a small number have so far been told they would qualify for sanctuary. Many fled Taliban death threats and attacks after being told they did not qualify for relocation under previous UK government policies. But now they are likely to be included under the revised Afghan Relocations and Assistance Policy.

It is expected to see hundreds of interpreters currently in Afghanistan approved for sanctuary with their families. Under the new arrangements translators in ‘third countries’ would have their paperwork processed at a British Embassy before travelling to the UK.

Meanwhile, Australia is urgently working through protection visa applications for Afghan interpreters placed on Taliban kill lists. At least 300 interpreters who worked with Australian troops during the war are seeking protection in here as allied troops depart Afghanistan.

A letter was handed out to some interpreters making direct threats on their lives. However, on Monday, the Taliban claimed translators would not be harmed if they ‘repented’ for their work with foreign soldiers, but the interpreters do not trust their word. 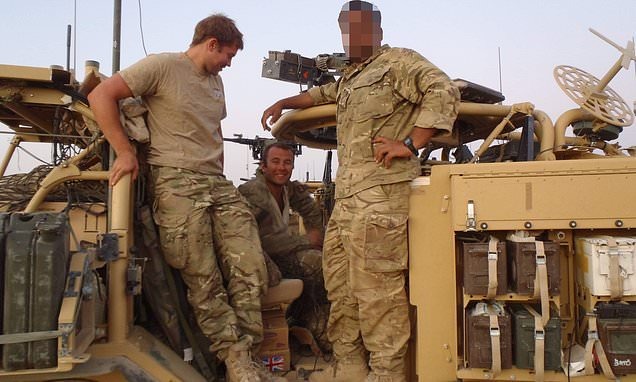 Also, the Australian Defense Minister Peter Dutton has defended overruling senior officials and allowing special forces troops to keep their meritorious unit citations from Afghanistan despite credible allegations of war crimes. Dutton was warned failing to strip the unit of its citation would harm the reputation of the Australian Defense Force at home and abroad.

But he defied the briefing from his department and stepped in to stop members of the Special Operations Task Group from being stripped of the military honors. “The job of a minister is to look at the options presented, to look at the information provided to me, and my job as minister is to make the decision,” Dutton told Sky News on Wednesday.

The move to revoke the unit citation was a key recommendation of the Brereton war crimes inquiry, which found credible allegations special forced troops committed 39 murders in Afghanistan. Dutton said he did not want the actions of a small group of soldiers to spoil the reputation of the vast majority of special forces troops who served with distinction in the Middle East.

Only those who are convicted of crimes will be stripped of their honors. “There are thousands of men and women who served with great honor and distinction in the Afghanistan campaign and in Iraq as well over the course of the last two decades and I am not going to dishonor their service,” he said.