Hundreds of women from 15 provinces of Afghanistan have signed on white textiles, calling on the international community to prevent their achievements and rights from being dealed in the Afghan peace process.

Some of these women are residents of insecure parts of the country and some are members of the families of war victims who have written alongside their signatures that violence in the country must end and that the Taliban must recognize women’s rights. 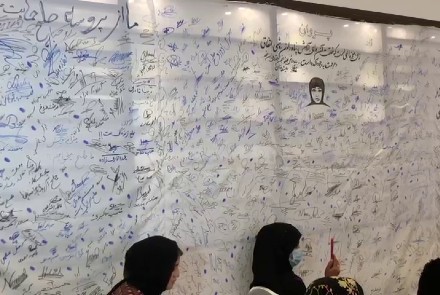 The signatories called on women leaders around the world to support the rights of Afghan women and to force the Taliban to accept the current Afghanistan.

“The High Women’s Council is an address for women’s voices to reach the leadership,” said Hosseineh Safi, the Acting Minister of Women’s Affairs.

The Dutch embassy in Kabul also emphasized the role of women in the peace process with the Taliban.