Twenty years after being blasted out of Afghanistan’s Bamiyan province, one of the country’s famed Buddha statues made a brief virtual return Tuesday night as a three-dimensional projection filled the alcove that hosted the statue for centuries.

The projection topped off a day commemorating the destruction of the two famous Buddha statues by the Taliban in March 2001 in central Afghanistan’s Bamiyan valley. 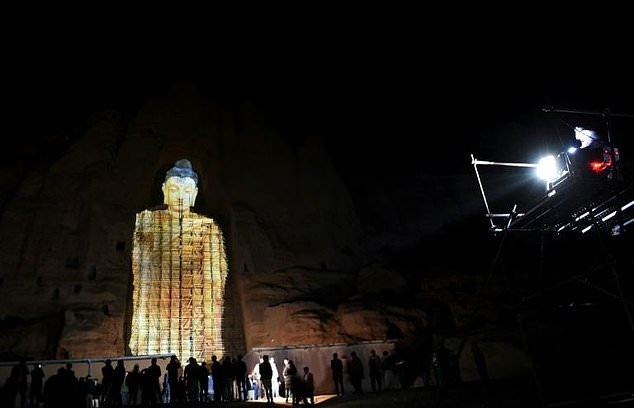 “We do not want people to forget what a horrific crime was committed here,” said Zahra Hussaini, one of the organisers of the “A night with Buddha” event.

After a lantern-lit procession, hundreds gathered at the base of the cliff where the statues once stood alongside a network of ancient caves, monasteries and shrines.