Sediqqi in a press conference said that as the president’s decree states, the prisoners release is conditional on a reduction in violence, intra-Afghan talks and ceasefire.

“The Taliban said the prisoners should be free without conditions, which is not possible,” he said.

The spokesperson called on Taliban to reduce the violence and killing of Afghans, saying people have witnessed the Taliban attacks are again increasing. 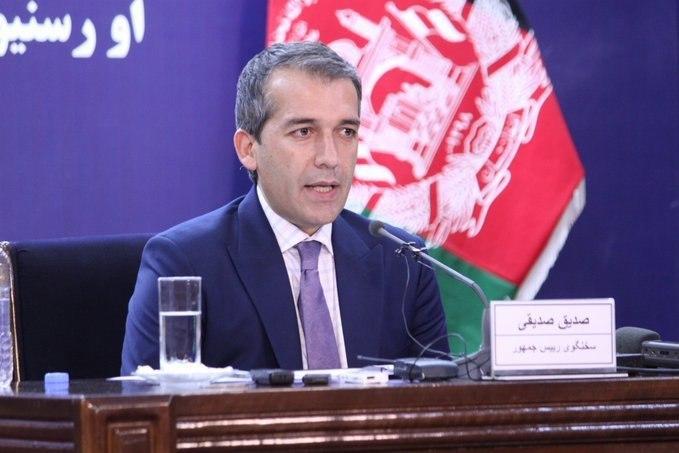 “For the release of their prisoners, we want guarantees that they will not return to war. without a guarantee it would be hard to release the prisoners,” Sediqqi asserted.

“If this process fails, the Taliban will be responsible, not the Afghan government. If the violence does not stop during the intra-Afghan talks, the prisoner release process will also be stopped. We are always showing our willingness for the peace process,” Sediqqi added.

Pointing about the peace delegation, he cited that work is ongoing and consulting with political figures are underway.

“Peace is our priority… and we want this process to be successful,” Sediqq said.

President Ashraf Ghani has issued a decree of abolishing the chief executive post, the Presidential Palace…