Robert J Palladino, the deputy spokesperson of the US Department of State on Tuesday evening clarified on being asked about the recently announced points of draft agreement, saying he will not be able to go into more details on the agreement itself, “because they’re private conversations”. He said that the parties need time to work things out and to work out these issues in private.

He however also added that the intra-Afghan dialogue that includes the Afghan Government as well as the Taliban and other Afghans encourages is something that “we’re very much focused on and remains part of what we’re pursuing”.

Special Representative Khalilzad and a team representing agencies across the United States Government concluded talks with the Taliban delegation in Doha on Tuesday. Regarding this, during a press conference on Tuesday, Palladino said that these have been the “most substantive talks” with the Taliban to date and that US has received reports back from Special Representative Khalilzad that they’ve had meaningful progress. 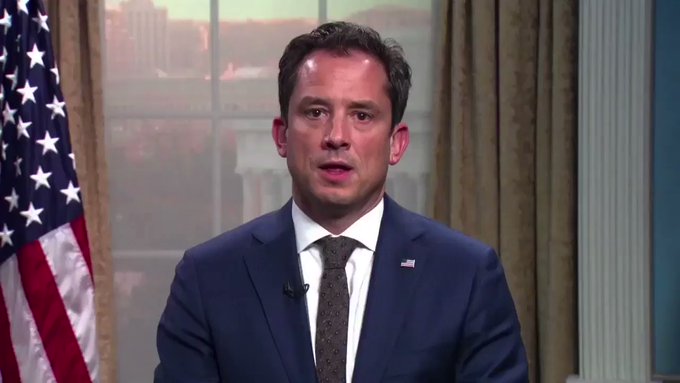 Palladino confirmed that the Taliban have agreed that peace will require both sides to fully address four core issues-counterterrorism assurances, troop withdrawal, intra-Afghan dialogue, and a comprehensive ceasefire.

In this round of talks, as informed earlier by Khalilzad, the two sides were able to move to agreement in draft on the first two principles – counterterrorism assurances and troop withdrawal. “And when that agreement, in draft, is finalized, the Taliban and an inclusive Afghan negotiating team that includes the Afghan Government and other Afghans will begin intra-Afghan negotiations of a political settlement and comprehensive ceasefire”, Palladino said.

Palladino clarified that Khalilzad will be back in Washington and would be consulting with US Secretary Pompeo as well as the interagency and also partner countries in this process and he also quoted Special Representative Khalilzad who had earlier said “nothing is agreed until everything is agreed.”

Security forces reported that the perpetrators of killing a 6-year-old child in Kabul were arrested. According…