Local officials said that a pregnant woman was shot in Sar-e Pul province because she called their war ‘unjust’.

Zabihullah Amani spokesman of Sar-e Pul governor told Reporterly that a pregnant woman by the name of Masooma, daughter of Yamaq Ali and resident of Sancharak district was shot by Taliban. Amani added that Masooma had three children as well. 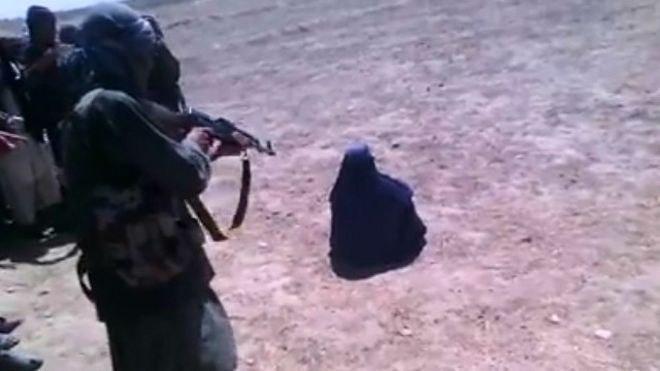 “The woman was shot at a time when recently a number of Taliban members in the province were killed in a face-to-face conflict with the security forces and Taliban had transferred their dead members from Awqaf area of center of district to Sancharak district”, as per Sar-e-Pul governor spokesman.

Amani further stated that the woman also participated in a funeral ceremony for women members of the Taliban, and in a conversation with another woman, Masooma called the Taliban’s war against security forces as an unjust war.

He emphasized that when the commander of the Taliban group, Qari Atiqullah, became aware of the conversation, he ordered the arrest and firing of the woman. During the night she was abducted from her house by Taliban who shot her on 13 March which was later reported by her husband