The inaguaration ceremony was also attended by the two Vice-Presidents Amrullah Saleh and Sarwar Danish and a number of high ranking government officials.

Ghani noted that Afghans must use the country’s hidden wealth, saying “today the control of this dam is owned by us.
buy propecia online gaetzpharmacy.com/propecia.html no prescription 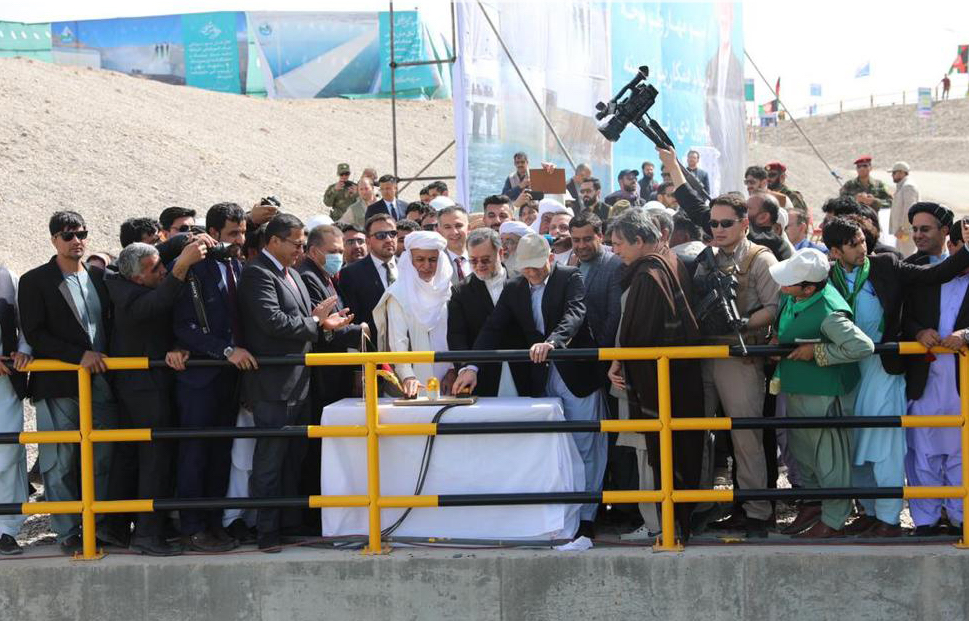 He also emphasized that Afghanistan still stands on its commitment in providing water to Iran, President, adding that but “not more than what was committed.”

Kamal Khan Dam is one of the most important water dams in the country, the design and construction of which began in 1975.

Kamal Khan Dam has a storage capacity of 52 million cubic meters of water, which can irrigate about 174,000 hectares of agricultural lands.