The former national security adviser of the United States Susan Rice has called recently signed agreement between Washington and the Taliban as “deeply flawed.”

In opinion published on New York Times on Wednesday, Rice said that the deal has the potential to lead to peace but is very unlikely to achieve it.

She said that the US gave a lot and got relatively little in return.

Rice said that US officials insist that the US withdrawal is “conditions-based,” but no political or military requirements have been specified. 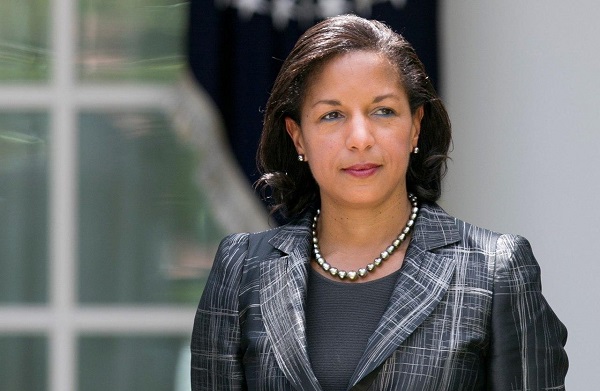 “There are no indications of what ‘conditions’ might slow or halt an American drawdown of troops short of a major attack by Al Qaeda launched with clear Taliban support. Not sustained violence against Afghan forces, or smaller-scale terrorist attacks, or continued Islamic State operations seems likely to prompt the United States to reverse course,” Rice wrote.

She said that intra-Afghan negotiations, if they begin, will strongly favor the Taliban.

She said that in committing to the Taliban to end the American military presence and drop sanctions, the US also sacrificed its remaining leverage to help the government in intra-Afghan negotiations achieve critical shared objectives, like protecting democratic gains and preserving the rights of women.

“Given that intra-Afghan talks will take many months, if not years, to yield any progress, the United States is likely to withdraw before any deal is done, abandoning Afghanistan to the Taliban wolves,” Rice wrote.

She said that after 14 months, the United States will be left without any military or counterterrorism capacity in Afghanistan, effectively subcontracting America’s security to the Taliban.