Germany’s Federal Foreign Office in a press release said that the German government is willing to provide substantial support for Afghan Peace negotiations.

“For far too long, people in Afghanistan have suffered war and violence. The current conflict, which has claimed the lives of many civilians and continues to impede the country’s reconstruction and development to this day, began almost 20 years ago,” the press release reads.

“The recent developments in Kabul and Doha are a sign of peace. They create long-awaited prospects for a peace process in Afghanistan,” German Foreign Minister Heiko Maas said. 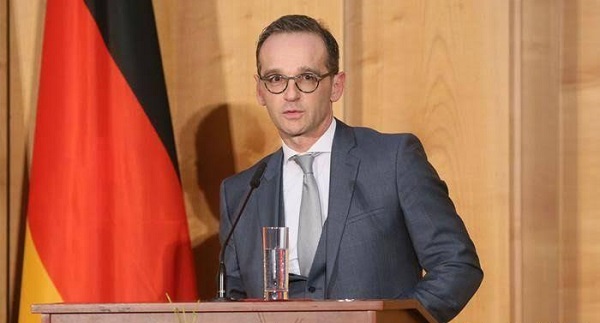 The headline of the agreement and joint declaration is “Bringing Peace to Afghanistan”.

The agreement now reached between the US and the Taliban is itself the outcome of lengthy negotiations, which were frequently suspended. It ultimately proved possible to sign the agreement because the prerequisite for doing so, namely a week-long reduction in violence, was largely observed.

“It is now crucial that the Taliban further reduce the violence.
buy wellbutrin online www.ecladent.co.uk/wp-content/themes/twentyseventeen/inc/en/wellbutrin.html no prescription

All stakeholders must fulfil their obligations and start intra-Afghan talks as soon as possible”, Maas added.

“An inclusive intra-Afghan peace process is the next step needed for peace in Afghanistan. The aim of these talks should be a comprehensive peace agreement for the country based on the achievements of the past years, particularly in the fields of the rule of law and human rights,” the press release said.