The Afghanistan Independent Human Rights Commission (AIHRC) expressed concern over rising civilian casualties in clashes between the Afghan security forces and the Taliban in the northern part of the country. “We have had 107 civilian casualties, including 41 killed and 66 injured [since the beginning of 2020],” said Sayyed Mohammad Sameh, head of AIHRC North regional office.

At present, seven districts, as well as those around the Balkh-Jawzjan highway and the Dar-e-Suf to Mazar-e-Sharif highway, are facing major security threats with a number of civilians killed. The highest number of civilian casualties was recorded in Chamtal, Chahar Bolak and Balkh districts of Balkh province. 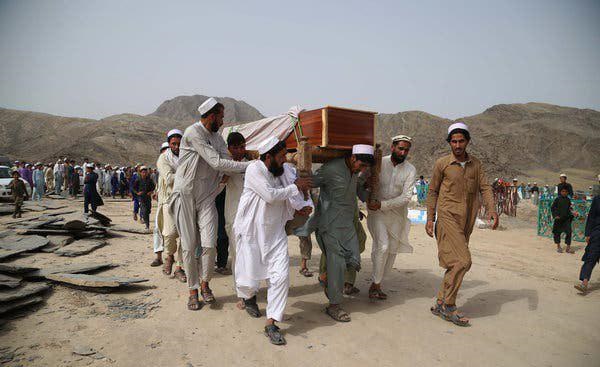 Statistics show that the Taliban is responsible for most of the civilian casualties.

“The Taliban are coming from all around – forests and mountains – on two, four, six motorcycles. They enter an area and throw their belongings. It’s a problem for the people,” said Balkh police chief Samunwal Ajmal Faiz. During the fighting, both the security forces and the Taliban use the civilian’s homes as trenches, and people as shields.

In the latest case, residents of Balkh district claimed nine civilians had been killed and 11 others wounded in airstrikes by government forces. Army officials in the north said the Taliban were using civilians to destroy part of the Balkh-Jawzjan highway. These people were the targets of the government airstrikes.