US Secretary of State Mike Pompeo made an unscheduled visit to Iraq, amid growing tensions with Iran. Pompeo cancelled a trip to Berlin to meet Iraqi leaders during a four-hour stop in the capital Baghdad.

He told the leaders that the US doesn’t “want anybody interfering in their country”, and asked them to protect US troops in Iraq. 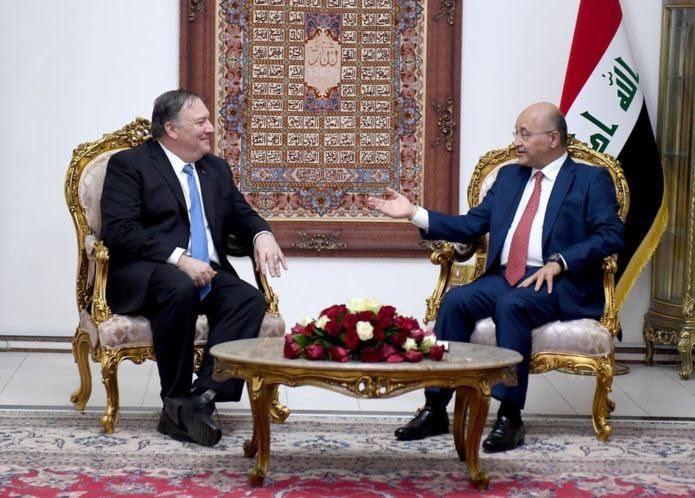 The visit came days after the US deployed an aircraft carrier, USS Abraham Lincoln, to the region.

Officials said the deployment was in response to threats to US forces and its allies from Iran. On Tuesday it was revealed the US was sending B-52 bombers.

The US has given little information about the exact nature of the reported threat, which Iran has dismissed as nonsense.

John Bolton, the US national security adviser, said only that the US was acting “in response to a number of troubling and escalatory indications and warnings” on announcing the deployment of the USS Abraham Lincoln on Sunday.

Mr Pompeo is also due to visit London on Wednesday, where he is scheduled to meet Prime Minister Theresa May and British Foreign Secretary Jeremy Hunt.