A bomb that targeted a Sufi shrine in the eastern Pakistani city of Lahore on Wednesday killed several people and wounded dozens, officials said.

The blast comes just one day after the beginning of the Muslim holy month of Ramadan. The blast took place close to the Data Darbar, one of the largest shrines in South Asia.

“It was an attack on police that left several dead and dozens of policemen and civilians injured. The target was police,” said Syed Mubashir Hussain, a spokesman for the Lahore police. 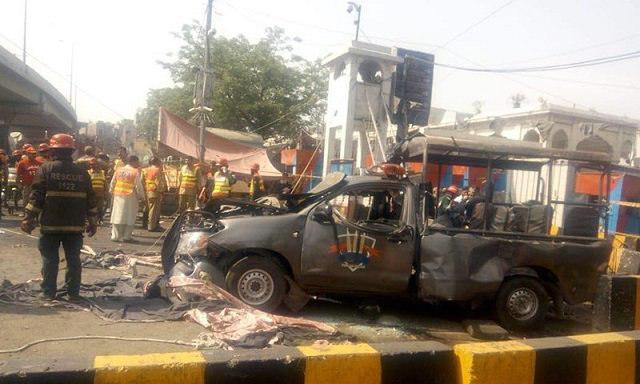 No casualty details were immediately available but the Dawn newspaper reported that at least three people had been killed.

“A rescue operation is under way and we have shifted 15 people to hospital,” said Muhammad Farooq, a spokesman for the city’s rescue services.