During his visit to Tashkent, Abdullah Abdullah, the chairman of the High Council National Reconciliation met with Uzbek Foreign Minister Abdulaziz Kamilov before noon on Wednesday.

During the meeting, Kameloff said that his country supports peace efforts led by Afghans and owned by Afghans.

According to him, peace and stability in Afghanistan are in the interest of economic stability and development in the region. 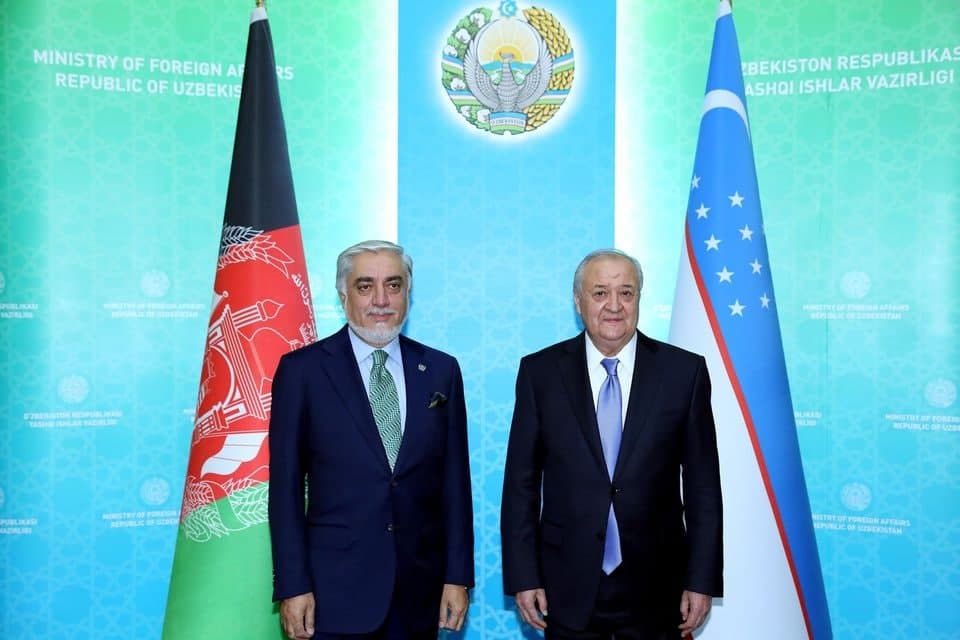 The Uzbek Foreign Minister added that peace in Afghanistan means peace in the region as a whole and that Tashkent supports peace efforts and the Doha talks.

He described the current opportunity to achieve peace, exceptional and that Afghanistan is committed to seizing this opportunity.

Abdullah also called on the Taliban to seize this opportunity and to work for peace.

The chairman of High Council for National Reconciliation has condemned the escalation of violence in the country. He added that no one should seek political advantage by escalating violence.