The 209th Shaheen Corps in a statement on Wednesday said; a clash erupted between security forces and Taliban insurgents in Sayad district amid ongoing Shaheen-216 operations. 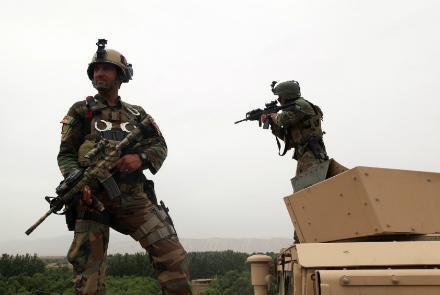 The statement further added that the security forces also conducted airstrikes during the clash which killed 22 Taliban militants and wounded 7 others, including Qari Gulbuddin and Ahmad Mala, the two key commanders of the group.

The Taliban group has not commented regarding the clash so far.
buy suhagra online http://healthdirectionsinc.com/Information/Forms/new/suhagra.html no prescription

Andarabi to Taliban: “Join Peace or You Will Be Eliminated”

At least seven people were killed and ten others wounded on Wednesday, after a car bomb…

A 10-km Road Benefiting 600,000 Citizens Being Built in Badakhshan

The construction work of a 1-kilometer road in Faizabad, Badakhshan was officially inaugurated by the governor…