It has been announced that 3 foreign members of the Daesh militant group have been arrested in Kabul, the National Directorate of Security said in a statement Wednesday.

“Additionally, five Taliban members were also arrested in raids carried out by special units of NDS.
The militants were planning to carry out terrorist attacks on military and civilian targets in the city” the statement added. 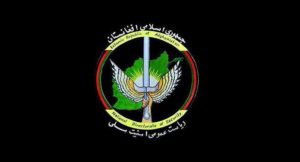 Late Gen Raziq’s Brother Breaks Silence, Says “We will not give up”