A delegation of Turkmenistan led by Deputy Prime Minister and Head of the Ministry of Foreign Affairs Rashid Meredov was sent on a visit to Afghanistan.

The delegation was received by President Mohammad Ashraf Ghani, who reaffirmed Afghanistan’s ‘commitment to the traditional intergovernmental dialogue.’ 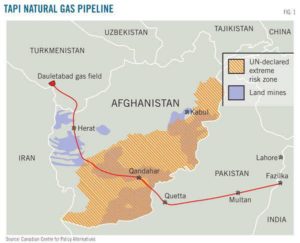 Some Turkmen-Afghan inter-MFA consultations took place, during which the sides exchanged views on key areas of interstate cooperation.

A meeting of the Joint Commission for Security Cooperation was also held, following which the relevant protocol was signed.

On February 23, 2018, the construction of the Afghan section of the TAPI gas pipeline, which will export gas from the Galkynysh field in Turkmenistan, was launched.

Late Gen Raziq’s Brother Breaks Silence, Says “We will not give up”