Afghanistan Ministry of Women’s Affairs says violence against women continues in the country.

According to the ministry, although social violence such as sexual harassment and non-payment of alimony has decreased with the onset of the corona crisis in the country, acute violence such as murder has increased.

According to officials, the lack of access to justice for women during the Corona has led to minor family disputes leading to large-scale cases of violence such as murder.

Most Murder Cases in Sar-e Pul, Samangan and Jawzjan Provinces

Roya Dadras, a spokeswoman for the Ministry of Women’s Affairs, said that 1,203 cases had been registered during the current solar year, most of which involved physical violence such as beatings, which included 1,108 cases.

Dadras added that acute cases of violence, which often lead to murder, have occurred in areas with greater insecurity. Sar-e-Pul, Jawzjan and Samangan are among the provinces with the highest murder cases. After that, Faryab, Nimroz, Ghor, Logar, Kabul, Daikundi, Badghis, Bamyan and Herat provinces have the highest number of cases. 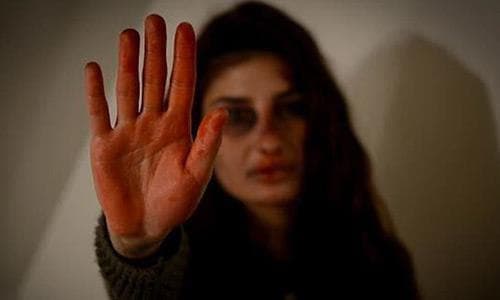 The number of cases registered in Afghanistan’s 34 provinces includes violence, rape, beatings, harassment, forced marriage, obstruction of marriage, ill-treatment, compulsion to use drugs, underage marriage, prohibition of inheritance, prohibition Possession of property and rape. Coercion to commit suicide or self-immolation, injuries and fatalities are other cases of victimization of women.

The spokeswoman for the Ministry of Women’s Affairs added that after beating women, running away from home, murder, harassment and death threats, insults and humiliation had the highest statistics. “The coronavirus has prevented women from going to court because they thought the centers were closed,” she said. “As a result, family quarrels and controversies have become acute issues that have led to the murder or suicide of girls.”

Dadras said, underage marriages and beatings of women are among the most prominent forms of violence against women. Referring to the ministry’s work to raise awareness among women in the provincial capitals and remote districts, she said that although they had awareness-raising programs under the No-Violence Act this year, women’s illiteracy was a major obstacle to implementing them. A precise mechanism should be put in place by the government to eliminate it.

International Day for the Elimination of Violence against Women

Every year on November 25, International Day for the Elimination of Violence against Women is celebrated around the world, and the government and women’s rights organizations are launching short-term programs to advocate for and protect women across the country.

“It is important that we raise the voice of Afghan women to the world,” Dardras said referring to the International Day for the Elimination of Violence against Women. “What women have done to combat violence, what support the government has provided, and how women can get out of this situation.”

During the plenary session of the High Level Conference on Afghanistan, the parties discussed issues of…