Iranian foreign minister, Mohammad Javad Zarif, during a meeting with Afghan President Mohammed Ashraf Ghani on the sidelines of the Geneva Conference expressed that while supporting Afghan peace talks with Afghan leadership and ownership, his country is also ready to fight terrorism and extremism in Afghanistan. 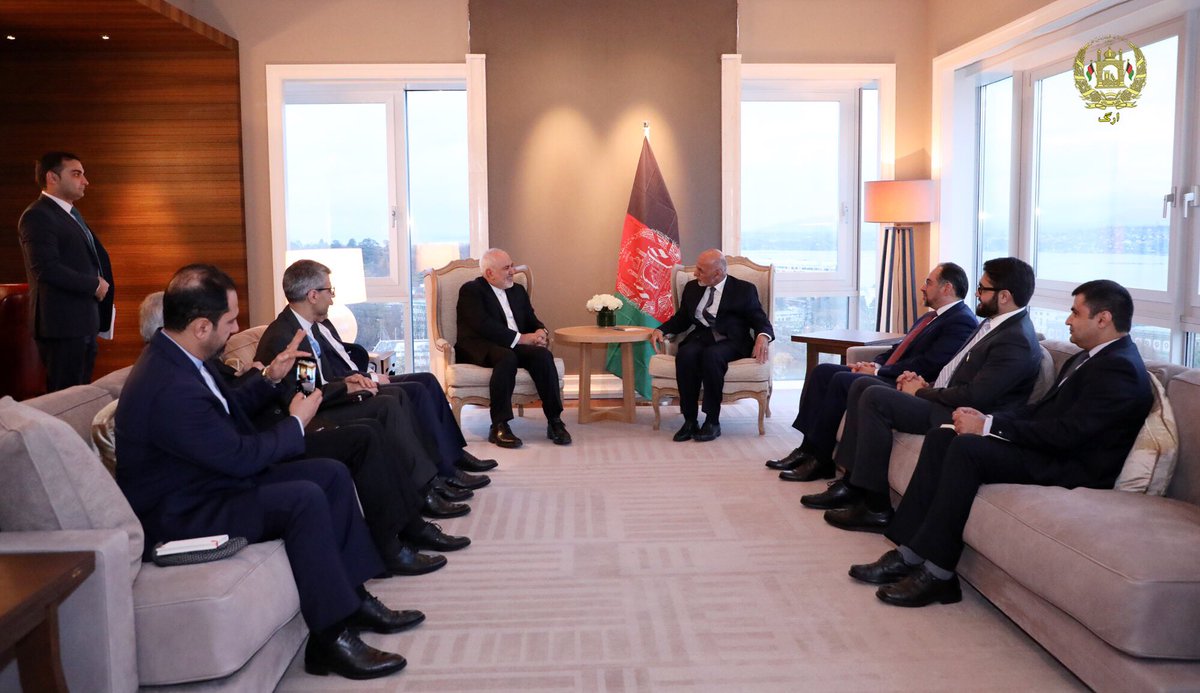 In the bilateral talks between Ghani and Zarif during the talks on Afghan peace, further expansion of bilateral trade relations was also discussed.

Expressing confidence in Iran’s cooperation, President Ghani remarked that the expansion of relations specially trade relations between Kabul and Tehran would be beneficial for regional stability and economic growth.