Presidential Ashraf Ghani met with John F. Sopko, Special Inspector General for Afghanistan Reconstruction (SIGAR) and discussed the progress, achievements and results of the Afghan government’s work in the fight against corruption.

During the meeting, president Ghani said that in order to legalize government administration affairs, more than 400 laws have been passed and dozens of senior officials have been prosecuted due to corruption in last five years, said presidential palace in a statement.

Ghani stated that the increase in the percentage of the development budget is a major improvement for the government and now the spending the government administrative budget raised up to 97 percent. 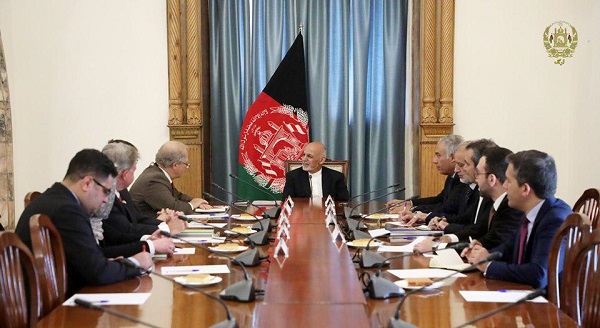 The interference of politicians in appointment of individuals in civil service institutions were prevented and 6000 people have been employed in various civil service departments and also 20000 teachers have been hired in the past year by Independent Administrative Reform & Civil Service Commission, Ghani stated.

According to Ashraf Ghani, more than 200 meetings have been held in the national procurement sector and about $900 million have been saved, and reforms have been made in the security, defense and sectors which are mainly funded by the United States.

Meanwhile, Special Inspector General for Afghanistan Reconstruction said that good progress has been made in the fight against corruption in Afghanistan and that efforts should continue.