President Ashraf Ghani discussed momentous projects of Japan in Afghanistan today in a meeting with Shinichi Kitaoka, the chairman of Japan International Cooperation Agency in Tokyo, the Presidential Palace said in a statement.

According to the statement, President Ghani described Japan as a steadfast friend and strategic partner of Afghanistan and extended gratitude to the country for its multifaceted cooperation and assistance in different fronts, particularly within the past 18 years. 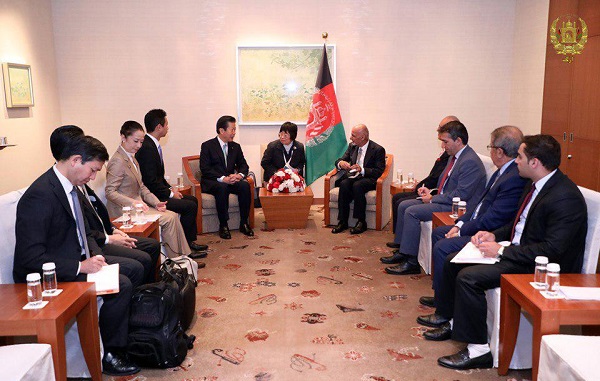 President Ghani declared that Afghanistan is rich in lithium, which is used for electric vehicles and smartphones.

“following the amendment of the Mining Law, Afghanistan is keen to attract foreign investments in this sector and called on the Japanese investors and private sector to make investment in this area, particularly on rare earth materials such as Lithium”, he said.

In the meantime, the JICA chairman welcomed the president to Japan and assured on their cooperation with Afghanistan in various areas including agricultural development, land management as well as training Afghan students to enable them to learn those models and apply them in their own country.