The Independent Election Commission (IEC) has announced the final turnout figures, saying 1,932,873 votes’ were cast on the Election Day.

The IEC commissioner, Rahima Zarifi in a press conference said that the work on the paper results collection center as well as the digital collection center has been finalized and the biometric information of all devices has been transmitted to the server. 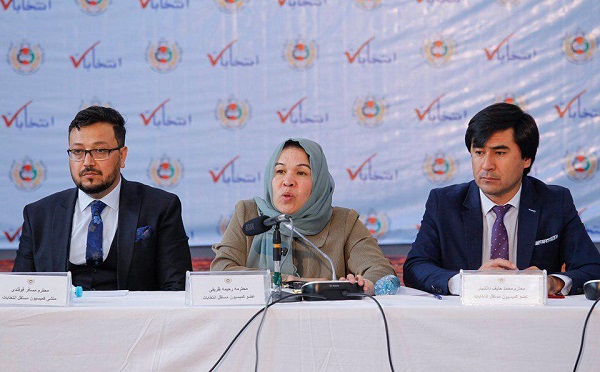 Zarifi added that discussions are currently underway on missing biometric devices and those that have not yet reached the IEC.

“34 Delegations will travel to 34 provinces of the country for the recount of votes of the provinces”, Zarif added.

Regarding the breaking of IEC digital center, Zarifi stated that a delegation has been assigned about the issue and they will share the results at the earliest time.