The UN Security Council (UNSC) on Tuesday, strongly condemned the “atrocious and cowardly terrorist attack” at the Kowsar-e Danesh tuition centre in Kabul, which was claimed by the Islamic State (IS-K) and killed at least 24 people, including students.

Expressing deep concern over the continuing high level of violence and security situation in Afghanistan, especially the civilian casualties, the 15-nation Council stressed the importance of sustained efforts to reduce violence.

The UNSC also underlined Secretary-General António Guterres’ call for a global ceasefire in the light of the current COVID-19 pandemic. 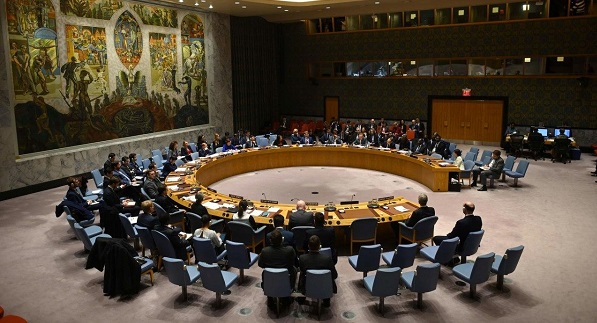 The members reaffirmed that “terrorism in all its forms and manifestations constitutes one of the most serious threats to international peace and security.”

“Deliberately targeting children and education facilities as such is especially abhorrent and must be condemned,” the statement said.

They underlined the need to hold perpetrators, organisers, financiers and sponsors of these reprehensible acts of terrorism accountable and bring them to justice.

Guterres is also following with great concern the violent incidents which have occurred in Afghanistan over the past several days.

A statement issued by his spokesperson said these incidents have claimed the lives of over 40 civilians and injured several others, including women and children.