The negotiating teams of the Afghan government and the Taliban held their first direct session on Tuesday evening in Doha, but said there is work pending before the peace talks start.

“Heads of delegations reiterated the need for patience and tolerance as we move forward in this path,” the statement added. The heads of both delegations gave speeches.

“There is agreement on major parts of the rules and procedure. It was decided to finalize the remaining part ASAP [as soon as possible],” he tweeted.

They discussed the schedule and timing of daily meetings and two point person were appointed from each side to coordinate. 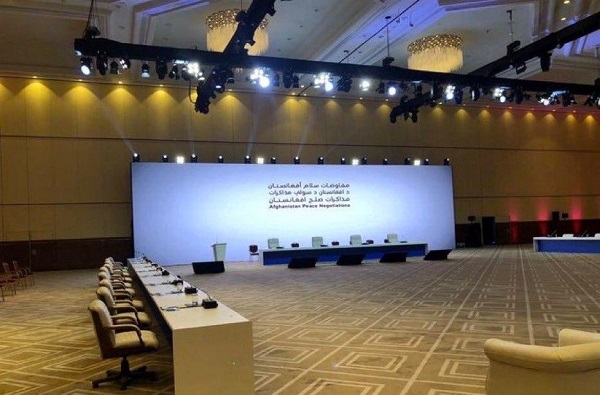 Negotiators had agreed to rules and procedures, but some issues were still outstanding, the statements said, without going into further details.

Tuesday’s meeting was the second meeting with the full negotiating teams in attendance since the one held after the opening ceremony on Saturday when they formed contact groups.

A ceasefire or reduction in violence would be of top priority in the talks.

However, Suhail Shaheen, a member of the Taliban’s negotiating team, said on Tuesday that a ceasefire will be impossible unless there was consensus on the future government in Afghanistan.

“We want these issues to be solved soon. We want a ceasefire. It is in the [US-Taliban] agreement. All Afghans want it, but if it is in a way that we don’t talk on it [future government] and we agree on a ceasefire while their administration (Afghan government) is there. This is not a reality,” Shaheen said. 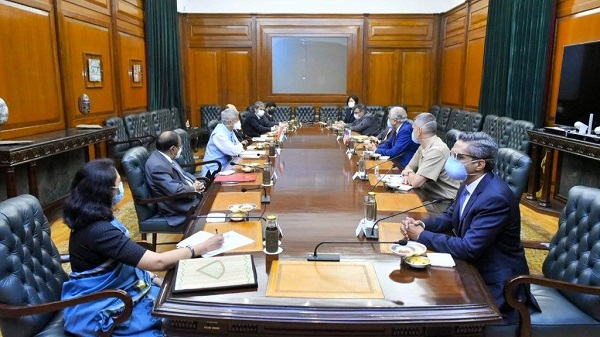 “Glad to receive Ambassador Zalmay Khalilzad this evening. Useful discussions on the Doha Meeting and its follow-up,” Jaishankar tweeted with a picture of their meeting.

Khalilzad discussed the Afghanistan peace negotiations and the need for a comprehensive and permanent ceasefire.

Khalilzad ‘Not Happy’ About Release Of Taliban Prisoners, Called It ‘Hard’ Decision

U.S. Special Representative for Afghanistan Reconciliation Zalmay Khalilzad told the BBC that he was “not happy”…