U.S. President Donald Trump in his United Nations General Assembly (UNGA) speech on Tuesday said he will end the war in Afghanistan and withdraw troops from the country.

“America is fulfilling our destiny as peacemaker,” he said in a pre-recorded message, praising U.S.-led diplomatic efforts that normalized relations between Israel and two Arab nations, the signing of the Serbia and Kosovo pact, and the ongoing peace talks in Qatar to end the Afghan war.

“As we speak, the United States is also working to end the war in Afghanistan, and we are bringing our troops home,” the president said.

Talking about the “peace through strength” destiny of the U.S., Trump said that they were militarily “stronger now than ever before.” 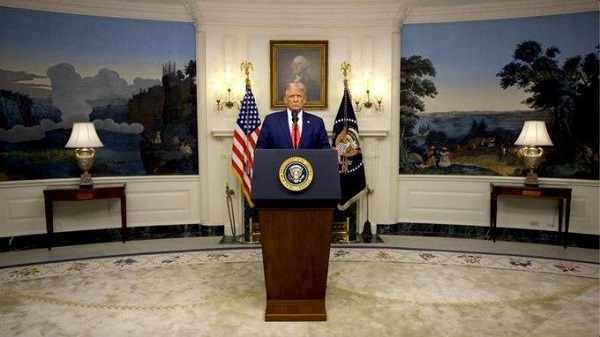 “Our weapons are at an advanced level, like we’ve never had before, like, frankly, we’ve never even thought of having before, and I only pray to God that we never have to use them.”

He pointed to the “tired voices” who have proposed “failed solutions” and instead pursued “global ambitions at the expense of their own people.”

“Only when you take care of your own citizens will you find a true basis for cooperation. As president, I have rejected the failed approaches of the past, and I am proudly putting America first, just as you should be putting your countries first. That’s okay. That’s what you should be doing,” he concluded.