In his address at the opening of the United Nations General Assembly (UNGA), Secretary-General António Guterres on Tuesday called for a global ceasefire and said he was hopeful for peace after the start of the intra-Afghan talks.

“In Afghanistan, the launch of the Afghanistan peace negotiations is a milestone after years of effort” Guterres said.

“How to reach a permanent and comprehensive ceasefire will be on the agenda. An inclusive peace process with women, young people and victims of conflict meaningfully represented offers the best hope for a sustainable solution.” 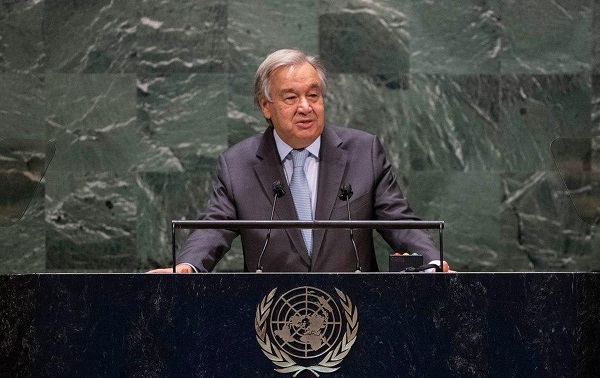 “Now is the time for a collective new push for peace and reconciliation,” he charged.

“I appeal for a stepped-up international effort – led by the Security Council – to achieve a global ceasefire by the end of this year. We have 100 days. The clock is ticking.”

He said there was “only one winner of conflict during a pandemic – the virus itself.”

He said that in areas where terrorist and violent extremist groups are present, they may “exploit” the pandemic and further cripple the country.