The Minister of State for Human Rights Sima Samar said the Taliban must agree to a ceasefire to stop the bloodshed and prevent civilian casualties.

Speaking at an event in Kabul on Wednesday, Samar advocated for the voices of victims to be hear during the negotiations.

With the theme of “Justice and Peace,” the event was attended by officials from civil society organisations, the judiciary and women from 14 provinces who were calling for justice and respect for the rights of war victims.

“Peace talks must proceed in accordance with the wishes of the victims of the war,” Samar added. 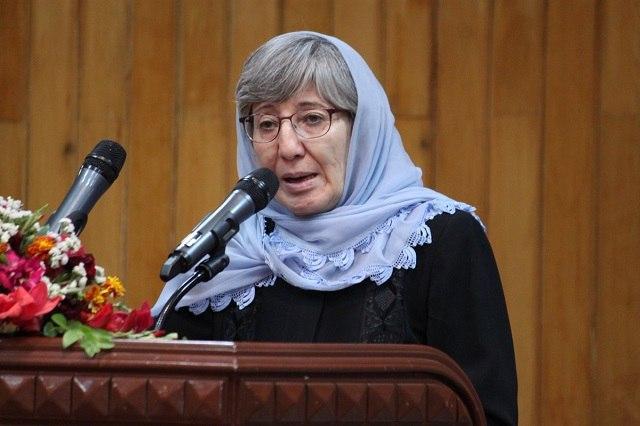 “The stories of war victims are written in the media, which shows how much the Afghan people are suffering. In order to not repeat these crimes in the future, the terrorists must apologize to the victims of the war. We have to work on a mechanism to hear the views of war victims.”

According to her, human rights values must be respected in the Afghan peace talks.

“Peace is not lasting without justice and citizens should not fall victim to such peace,” the minister said.

Since the start of the talks, the Taliban has stepped up its attacks in several provinces.