2 Brothers Killed within Two Eid’s in Afghanistan: A mother’s wrenching heart, An Ambig-uous Future For the Family

The sun had risen, everybody was awake, ready to have breakfast and start the day when suddenly the phone bell cracked. Mohammad Qasim’s friend broke the news of his death to his family.

His mother had gone to attend a fatiha (funeral) ceremony of a relative, thus, she did not know about her son’s demise. She had no clue until the Eid night, when the corpse was handed over to the family.

Bibi Fatima the mother of the two killed soldiers, neither was able to speak nor cry after hearing about the killing of his second son. It was all the more devastating because she had already lost her younger son on Eid-Ul-Fitr, just two months ago.

Bibi Fatima talks with a lump in her throat and her voice trembling, tears rolling from her eyes. She could barely breathe.

The Agony of Losing Two Children

Mohammad Qasim and Mohammad Rahiq were two of the six brothers who have been killed this year within a gap of two months.

Mohammad Qasim had served in the Afghan National Army for 11 years in different provinces of the country. He served for 5 years in Laghman, 4 years in Kunar, 2 years in Nuristan and 7 months in Zabul province where he was killed.

Mohammad Qasim Salihi had a great desire to serve in the security structure, his passion led him to enter the Military

Academy. After graduation, he was deployed in the Laghman province. 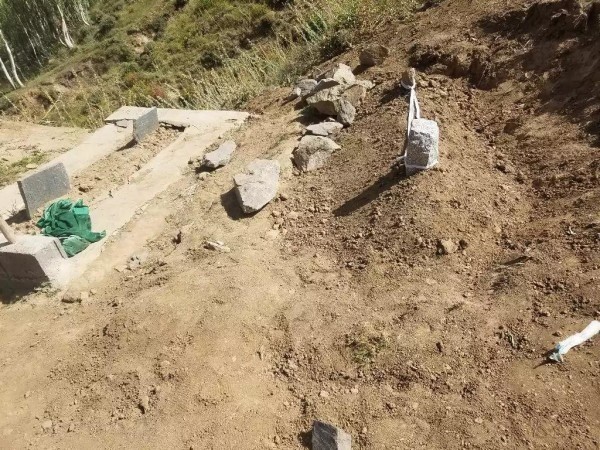 Mohammad Qasim was 29 years old. He had a small family leaving his wife and two daughters alone for the rest of their lives.

He has two daughters. Yasra (3) Yasna (16 months). Yasna who is so young, did not get the chance to know her father, and can no longer do that. On the other hand, Yasra had spent a bit of time with her father and now misses him.

Yasra touches her father’s grave, “Daddy, why don’t you come home?”, she asks innocently turning her face to ask her mother, as she sees him get buried. “Why did you bury him? Why did you wrap him in white fabric?”, she asks worryingly.

No Belongings On earth Nor a Star in the Sky

Bibi Shafiqah is the wife of Muhammad Qasim. A woman who after the demise of her spouse has to shoulder the responsibility of her daughters.

“The last time I saw him was during the funeral ceremony of his younger brother who was killed during Eid al-Fitr,” choked with emotions, she told Reporterly.

“I told him not to work in the security sector anymore and even if you go please shift your duty from Zabul”, she recalled.

Mohammad reassured her that he has served for 11 years now, and nothing happened to them and made her believe that things will be fine with her and his daughters.

He had big dreams for his daughters. He wanted to give them the best education, and make a prosperous life for his them.

Bibi Shafiqa further said, “I told him not to go back as I didn’t want him to go through the same thing happened to Mohammad Rahiq. I have no property on Earth and no star in the sky. What will happen to me and my daughters’ future?”, she asks sobbingly.

Mohammad Qasim had agreed to shift his duty from Zabul but his service time had to be completed first. 20 days were left until he could make the journey home, but those 20  days were enough to send him away from his family forever. 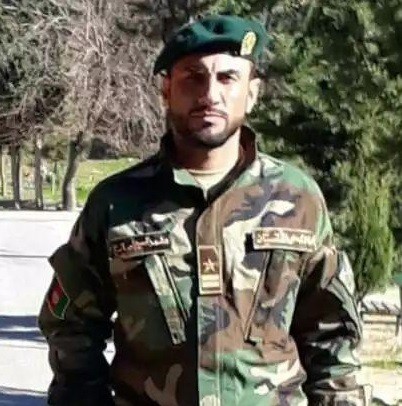 Speaking to Reporterly Mohammad Latif 21-year-old brother of the two killed told about his mother’s condition, “My mother had not forgotten the loss of Rahiq, and she lost another other son.”

Three brothers of this family are jobless and only Mohammad Salim is working in EOD battalion in Kandahar.

“She could not bear the news of another son’s death and was numb, but thankfully she is in better health now.” The family has now brought the wife and daughters of Mohammad Qasim at their home said Mohammad Latif.

Their 50 year old mother, who lost two sons is feeling better after seeing his other son Salim. Although she fears losing him like his brothers, she proudly speaks of her sons. “I am glad I lost my sons in defense in honor of their homeland,”

Mohammad Rahiq Salihi who was killed 2 months ago on the first day of Eid al-Fitr was 24 years old.  Mohammad Rahiq for had been in the security forces for 5 years and Mohammad Salim for 3 years.

If it is requires, even I am also willing to serve my country,” said Mohammad Latif their younger brother. 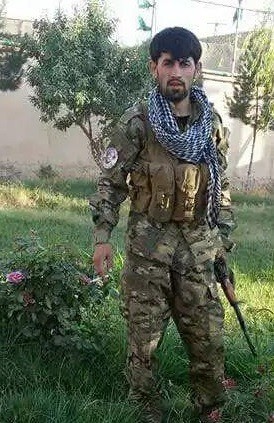 Three months of Mohammad Qasim’s service had passed in Zabul province when one night he contacted his brother.

“My friend has come to Kabul and I have sent two photos, please collect them and show them to mother and tell her I am fine,” Qasim told his brother. This was his last call. He was killed 3 days after his family received that photo.

The last time his mother saw him was during the funeral ceremony of his brother Rahiq.”I will try to come back very soon,” he told his mother. But he’s gone and never coming back,” recalls his mother.

The grieved mother asks the Afghan government to double their efforts in bringing peace in the country so that no other mother witnesses such a grave loss of losing her children.

Mohammad Qasim’s wife can recall the last time she talked to him, he assured her of his health. She did not know that she could no longer hear his voice again. Now her only hope is to receive support from the Afghan government after the killing of her husband Qasim.