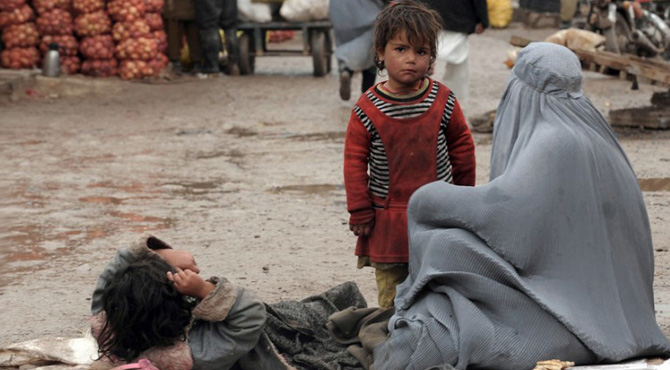 Statistics from the National Union of Workers of Afghanistan (EMWA) show that about 2 million workers in Afghanistan have lost their jobs due to the coronavirus pandemic. Expressing concern over the process, the union called on the Afghan government to take the necessary measures to help the vulnerable.

The current situation has raised more concerns with the arrival of Ramadan month and the increase of food prices. During this period, in addition to unemployment, rising food prices and the prevalence of corona have had a major impact on the lives of citizens.

“In addition to this critical situation, the reduction of US $ 1 billion aid has also had a negative impact on the workforce,” said Marouf Qaderi, head of the National Union of Workers on the Corona era. “The private sector has also suffered 1.5 million losses. The ongoing quarantine has left many unemployed people out of the city to earn money, but not only they can make enough money, but they are also at risk of contracting COVID-19 more. “

But Abdul Fattah Eshrat Ahmadzai, a spokesman for the Ministry of Labor and Social Affairs, told Reporterly: “The statistics released from the survey during the Corona Crisis are not acceptable to the Afghan government, and we reject these statistics because there are no such surveys.  There are no cases and no one has been able to conduct such an investigation to find out how many people have lost their jobs in this situation. “

He added, however, that the Afghan government was concerned about the situation of the unemployed in quarantine conditions.

Mr Ahmadzai added: “After the Corona outbreak, we have increased the number of jobs, especially in the health sector, but now the wage earners, those who have had Karachi or have a small business are unemployed, which is worrying for the government because most private sectors are in trouble. We hope that the quarantined conditions ended and people return to normal. However, government employees will continue to do so and will not have any problems.”

So far, more than 6,000 manufacturing and service providers and more than 5,000 industrial establishments have been affected by the outbreak of the coronavirus.

EMWA is concerned about the unemployment of paid and unofficial people.

“This statistic is general because it is difficult to get a clear survey of the provinces and the center, but it is clear that the day laborers have no support or immunity. Although formal employees have a source of income,” he said. “The day laborers work on a daily basis and spend their money on the same day to meet their needs. Quarantine has now caused them a lot of problems.”

The spokesman for the Ministry of Labor and Social Affairs also spoke of rising unemployment, but stressed that specific figures could not be provided.

However, the Ministry of Economy has announced that the current situation has caused the poverty rate to increase from 54% to 61% and even to 68%.

The ministry said the number of unemployed at the time of the coronavirus outbreak in the country was 700,000. Most of these people have worked in enterprises, service and industrial institutions, and now the unemployment rate in the country has risen to 40 percent.