John R. Bass, the US Ambassador to Afghanistan discussed the Afghan peace process in an interview with TOLONews on Friday, December 7. Reporterly has summarized the key points of the conversation.

Ambassador John Bass emphasized clearly on the important agency of Afghans themselves in the reconciliation process which was a recurring point that he made throughout the interview. His core argument was that there needs to be a settlement that comes from ‘within the society’ so that it is ultimately popularly accepted by the society and therefore has a good chance of being implemented and successful. Bass assured that the schedule and timing of a Presidential Elections is something that will be solely decided and accepted by the Afghans, and only Afghans. He also expressed a current US stance with respect to Pakistan that runs along the lines that Washington thinks Pakistan has been complacent in its efforts towards combating terrorism.

“It is clear to us and it is clear to all of the people who want to see Afghanistan succeed, that Afghan people want peace and they deserve peace after forty years of conflict. Secondly, we believe there is the potential now to make some important progress to reduce violence and put the Afghan society on the path to a political settlement and peace,” Bass expressed in the beginning regarding the matter of an end to violence and the reconciliation process.

Talking about Taliban, Bass said that “We are seeing more signals from them and I think this is something that representatives of your government would also confirm, there are more signals, some of them informal, that the Taliban believes in trying to work through differences at the negotiating table rather than on the battlefield”.

When asked about Pakistan’s cooperation, he remarked “We now see on the part of Pakistani government as desire to be helpful and constructive that is the conclusion that ambassador Khalilzad has drawn in his conversations in Islamabad.”

“We feel a sense of urgency to see negotiations begin between Afghans because we see the overwhelming demand from within the society for peace and we are trying to be responsive to that desire,” he conceded about the reconciliation.

US Involvement in Afghan Peace Talks

“This conflict will end and the settlement will happen when Afghans sit down and work out their differences and come to an understanding among themselves about the path forward,” he added.

“Taliban feels that it has some issues that it believes it can only address with the United States but we don’t believe that is true,” he commented on Taliban’s demand that it is not willing to talk directly to Afghan government and will only negotiate with the US.

On the deadline of peace talks he said: “we are very much focused on the beginning of the process and I think anyone who is predicting the length of time it would take or how quickly any settlement might be implemented is not really well-versed in the realities of how challenging conflict like the one that has beset this country are to address and solve, and how complicated that process can be.”

On the costs of reconciliation he said, “There are many people who are afraid of change and afraid of losing some of the freedoms and civil liberties that they have come to expect over the past 17 years, so I understand where that fears come from. But again, if a settlement is going to be effective, it is going to need to be broadly endorsed and accepted by a wide cross section of the society and that includes those portions of the society that would be concerned about losing some of freedoms or civil liberties,”

He adds; “That is a conversation that your government and its negotiating team and representatives of wider society need to engage in to talk about where are the areas where potentially there might the prospects of giving a little bit in order to secure the Taliban’s commitment to ceasing its violence and eliminating terrorism from Afghanistan.”

About the US redline in talks: “The only redline is that the Taliban has to talk to the Afghan government and Afghan people, as I said our goal here grounded in the objective realities is that there needs to be a settlement that comes from within the society so that it is broadly accepted by the society and therefore has a good chance of being implemented, and we are trying now and will be trying in the coming weeks and month to do everything we can to bring about the circumstances that allow that kind of negotiations and discussions among Afghans to occur.”

On the return of Islamic Emirate, he said: “We believe that the Constitution of the Islamic Republic of Afghanistan is the guiding document for this society until such time as this society through its relevant representatives would decide to make changes.”

On some cruel practices of Taliban’s Islamic Emirate era that they would consider after their return Ambassador Bass expressed.: “Number one, half of the society, all of the women of this country, would oppose those sorts of draconian circumstances and number two, I don’t think people are going to accept the judicial norms and rule of law that are implied by those sorts of punishments which are in fact violation of universal human rights,”

He further expressed that, “I can’t imagine that this wider society that I have seen and witnessed and interacted over the last year would accept a settlement under which the Taliban is in a dominant position in society.”

“The direct parties in the peace talks are Afghans, the Taliban and the Afghan government and the wider Afghan society, but clearly success or failure of a settlement will depend in part on the degree of support or lack of support from Afghanistan’ immediate neighbours, from surrounding wider region and from the United States and our allies and supporters who have been supporting Afghanistan for so long, and then the wider international community including Russian and Iran.”

On the negotiating team recently formed by the government he said that “I think there needs to be some additional consultation with wider society, just based on what I hear from  parts of society, so they have an opportunity to express to the negotiating team what their priorities are, where they think there is prospectively some room for compromise, where the redlines are, and the things that the wider society is not willing to make any compromises, and that work needs to happen in advance of any actual negotiation between the Taliban and the representatives of the government.”

On the Pakistan involvement in Afghan peace process: “We believe they are not playing a fully constructive role as they should be in contributing to a political settlement in Afghanistan and in addressing the very real challenges that violence generated by the Taliban poses for the society,”

He adds: “we have a set of expectations for Pakistan in terms of its contribution to peace and settlement in Afghanistan and they are not prepared to support those expectations to help realise those outcomes, there will be consequences for our relationship.”

In response to the Pakistan influence on the Taliban he said: “I think it is quite clear based on my interactions with any number of Afghan government officials, knowledgeable Afghans, that the Taliban have enjoyed a degree of sanctuary inside Pakistan.”

On the projections of post-settlement era he said: “Clearly there will be some enduring challenges with other terrorist organisations that need to be addressed and we would certainly look to support the Afghan government’s and the Afghan security forces’ efforts to do that so that in the future on the other side of peace, Afghanistan is truly at peace and is no longer a place that is associated with the danger and terrorism and threat to the US and to the wider international community or to its neighbours,”

On the postponement of elections, he said: “That was not a subject of discussion in any discussions we have had so far on peace and reconciliation. The timing of Afghan Elections is for Afghan to decide, the Afghan government and those parts of the government which have the responsibility for conducting the elections,” 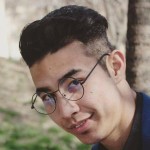 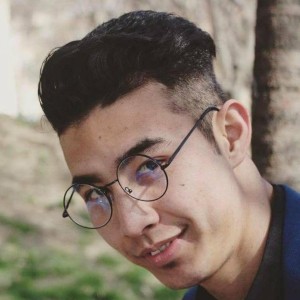