Gloom Descends on Wedding as Couple Loses 63 Relatives & Guests to Explosion. What Next?

Yesterday passed like the other usual days with the usual news. Some were working somewhere in a corner of Kabul and some were preparing a wedding for their children’s joy.

The bride and groom woke up with great joy in the morning. They have waited to witness their big day, to start a new chapter in their lives, an end to a new beginning. Before night’s plans, they go to the hairdresser’s for getting ready.

The groom goes after the bride to take her; they take pictures and arrive at the wedding salon. Their hearts are filled with excitement as deep as the ocean after all they were experiencing a wonderful day in their lives.

A few hours passed since the beginning of the party which was filled with laughter of the relatives of groom and bride, but then came an eerie sound of an explosion. A mere minute was enough to wash off the entire happiness of the ceremony. Bride and groom’s big dream of wedding day turned out to be a funeral and graveyard for the guests. It seems strange that their happy moment of life changed to a life-lasting heart ache.

A moment’s silence and few moments later, the screams of men, women and the cry of children fills the wedding Hall.

Smoke and dust sweeps everywhere. Everyone is looking for their family members; the sound of gunfire, the death of three gate keepers and the damage of the wedding Hall’s door.

The blast took place at around 22:40 hrs (Saturday night, August 18) in PD6 of Kabul city inside the “Dubai City” wedding Hall.

The wedding salon of Dubai is located in Darulaman, west of Kabul city.

I have passed through there several times before. The Hall has blue glasses and its walls are painted in red and white on one floor.

At the entrance gate, when you enter this hall, the first thing you spot is the men’s section with its female section separated by a few steps from the atrium. The suicide bomber blew himself up right in the middle of the men’s section near the groom’s place, destroyed all the bands of instruments as there was no sign of anyone.

Now, however, the glasses are broken, the whole roof has collapsed, and all the tables and chairs that were supposed to be for the guests are left with blood stains.

The salon, which sets its staff and waiters according to its number of guests, had a chef, a bodyguard, a guard and 10 wedding hosts last night with a thousand attendees.

The hall has now suffered an estimated 1.5 million AFNs, and among these five servicemen and three were wounded, including security guards.

But this just is one side of the story. On the other side of the blast is the family who rented the hall three days before their wedding, but after three hours of celebration, they now have to bury 14 family members.

The bride and groom are both alive. According to the groom, “this was just the appearance of the incident. Because we have collapsed from inside. I’ve lost two of my brothers, my wife has buried three of her brothers forever.”

After 20 minutes, ambulances arrive, the injured are taken to the hospitals in serious conditions, and numerous people wander to find their loved ones.

Muhammad Zahir Ahmadi, the owner of wedding hall told Reporterly, “Our house is behind the Hall. Suddenly a sound of explosion was heard. I rushed to the hall with fears turning into reality as I saw all the people were killed and injured. It was a bad situation. No one had anything to say. They were just attempting to find their family members to transfer them.”

According to the latest media casualties, 63 people were killed and 182 injured, including women and children. 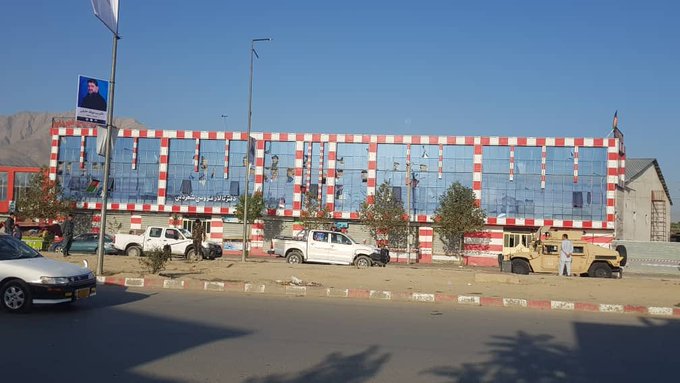 Muhammad Zahir Ahmadi, the owner of wedding hall told Reporterly, “Our house is behind the Hall. Suddenly a sound of explosion was heard. I rushed to the hall with fears turning into reality as I saw all the people were killed and injured

One Stayed and One Gone

Kabul has witnessed many suicide attack incidents so far. Young people were killed and their dreams of witnessing peace, better life were buried with them in the graveyard.  The Taliban or IS-K have targeted mosques, training centers, sports centers and security camps. But this is the first time that a suicide bomber targeted a wedding ceremony.

A large number of children and families were killed in this ceremony. Though the incident has happened, the passage of time does nothing to diminish the pain it brought to the hearts of everyone in the hall.

A father describes the story of last night’s explosion as below:

“I was sitting at the wedding party; the wedding was from among our closest. I had a bad feeling, I wished the night finished soon. My little son, who was 5 years old, came near me and asked me to get him some juice. He called me loudly several times and said, “father, father, father!” I told him, “Yes my dear, What??”

He said, “buy juice for me”. He put his hand into my pocket and came to hug me, tightened himself around me, closer to my arms.  At this moment, a frightening sound arose and exploded, I did not understand anything and fell unconscious. I opened my eyes, there were the screams of men and women. I didn’t understand for a moment what had happened, I was confused, I felt severe pain in my legs. Once I noticed that I was thrown into an ambulance and one of my legs was severely injured. I remembered my son and cried loudly, Qasem? Qasem? Where is Qasem??”

The sound of crying of men and women was so much that only people close to this man could hear his voice.  He was injured in the leg. He could not make any move and remembered that his son Qasem was in his arms during the explosion. He again shouts his son’s name. He can only raise his head a little and look around. But everywhere he sees the wounded, the deceased and children drowned in blood. This wounded father turns to look for a familiar face. He forgets his pain to get out of the ambulance. Suddenly he feels something in his arm. 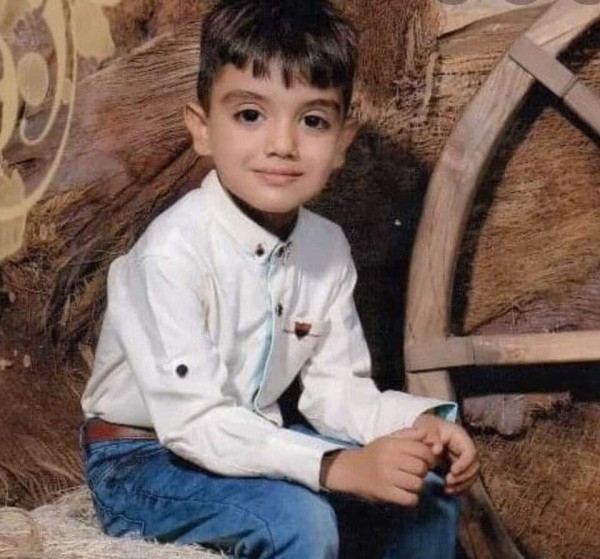 He said, “I felt something strange in my arms. I touched it but I wished I didn’t. it was a part of the body of my life (my son). It was part of me, part of my missing body. Yes, it was Qasem’s hand that had been cut off which still hangs in my pocket.”

He becomes unconscious and after waking up, he finds out that he has lost his son forever.

Saturday was a sad day for everyone. The bride and groom’s family have lost 14 family members. Another man has lost his two children, one 11-year-old and the other 15-year-old. Another family has buried six of their children in one place.

Perhaps under the shadow of this explosion, there are more stories that appear one after another. For example, a man who waited 8 years to have children dies with this last remaining hope unfulfilled in the wedding.

This man, Najibullah, was from Paktika. He got married eight years ago, but had no children until after years of treatments, the doctors told him five months ago that he can finally become a father. He is the neighbor and a friend of Mirwais, the groom, and was invited to the wedding.

In the alleyway of Mirwais and Najibullah, there are other Paktika people who all went to the hall together.

Those who are close friends of Mirwais sit on the tables near the groom’s place, but are unaware that they will be the first casualties of the blast.

When the tragedy comes to its edge, not only Najibullah loses his life, his wife too, is dies in the  morning after losing her husband. Najibullah’s wife was pregnant.

The Past of Not So Long Ago

These sad stories continue, and the number of wounded and killed in these incidents are not numbers but real people with real life and families.

From now on, the groom and bride will remember the bloody night every year as they commemorate the anniversary of their marriage and never forget the pain of the incident.

“How can we be happy anymore? I not only see my family, my wife’s family sad, but those who attended my wedding were also my friends and I was sad for them too,” Mirwais told Tolo News.

This incident took place shortly after a bloody suicide attack occurred in the same district two weeks ago.

At around 09:00 am on Wednesday morning, a huge suicide bombing took place in PD6 of the capital Kabul. The casualties of that incident was around 95 wounded, including women and children.

Last year, on August 15, 2018 in a suicide attack on an education center named Mawuod, 48 students were killed and 68 others were wounded. That blast was also a part of the nation’s darkest days, and the risk still remains on the lives the people of this land.

Saturday’s blast now comes to an end after investigations, the washing of the area and restoration of the hall. The deceased have been buried, the wounded have been treated, and at the end of the day, the IS-K group claimed responsibility of the attack.

This incident will also remain in the memories of all Afghans as a terrible night for the Afghan capital, but every Kabul citizen now anxiously fears the sound of an explosion.

They say 63 people were killed, but if you think, not only 63 individuals lost their lives but 63 families lost their members, 63 people lost brother, father, sister, relative, friend. Generations were lost that could come to existence if the tragic incident had not happened. Recalling the wedding will always surface in the memories of bereaved families serving to deepen their sorrow they experienced.

This bitter story continues in the Afghan capital these days, and its citizens are left helpless and sad.