Local officials in Daikundi province say that from tomorrow (Sunday), the day-time curfew will be imposed in the city of Nili and the districts of the province.

The Daikundi governor’s office said in a statement on Saturday that the regulations would be implemented in accordance with the decision of the 15th session of the emergency committee to prevent the outbreak of the coronavirus in the province.

The Daikundi governor’s office added that according to the decree, Daikundi citizens were asked to refrain from unnecessary movements.

However, since yesterday, social media users have expressed concern about the health facilities in Daikundi province.

So far, three people have contracted the coronavirus in Daikundi province. One woman has died of the virus in the province and another has recovered.

The woman, who had a history of kidney and respiratory diseases, became infected after returning from Iran.

The woman’s test results reached Daikundi three days ago, but she died at 7 pm.

After the patient’s death, 17 hospital staff where she was hospitalized were quarantined, and patients close to him were also quarantined.

There are still seven suspected cases of corona in the province, which are quarantined in the corona center of the province.

Despite to the existence of three hospitals in Shahrestan, Miramur and Nili districts, the suspected patients of COVID-19 visit Ashianeh health centers and two other hospitals, but the facilities of these hospitals are few and it is not enough for the virus.

According to some citizens and members of the Daikundi Provincial Council, there is currently a 10-bed center for Corona patients in Daikundi and another 10 for people suspected of being infected with the virus. At the same time, a 50-bed hospital is set to open these days.  A 20-bed clinic for addicts is also set up to treat people with corona.

Shima Rostamian, head of the Daikundi Provincial Council, told Reporterly: “I have recently heard that a 50-bed health center about an hour away from the provincial capital has been set up for these patients, but due to residential houses in the area, people are opposed to the activities of the health center. “

But Mohammad Ali Uruzgani, the deputy governor of the province, said they were preparing 800 beds center for potential patients with the virus in Daikundi.

According to a number of members of the provincial council, a sample of suspected patients would be sent to Kabul by the lane vehicles, and it will take a long time to determine the outcome.

“We do not have a Corona Diagnostic Center and we have to send a suspicious sample of the virus by lanes’ vehicles that go to the capital Kabul, and sometimes this process is time consuming because we have to wait for a car to go to Kabul,” Uruzgani said. “It takes a day, and that’s why the diagnosis of that woman’s corona become late.”

The concerns come as now it takes more than four days for the patient’s condition to be determined.  People in the districts are a long way from Nile, the only center for corona treatment.  People also do not have the financial means to provide health care along with the food.

In addition to these issues, about 150 to 200 Daikundi residents from Iran enter the province every day, which is a great threat to the health of the residents of this province.

On the other hand, beside the lack of a diagnostic center, another challenge is the shortage of budget in the province. So far, 1 million AFN have been handed over to local officials in the province.

Although provincial officials say they have been instructed by local authorities that 20 million AFN and 500 tons of foodstuffs, namely wheat, have been provided for Daikundi, they have not yet received them. However, the province’s problems remain in place. 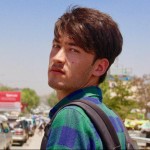 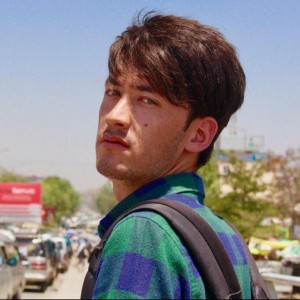