United Nations Secretary General released his latest report which he publishes every three months on developments in Afghanistan. The report provides an update on the activities of the United Nations in Afghanistan, including political, humanitarian, development and human rights efforts. Below are some key matters that were put forward in the report as observations.

Secretary General Guterres expressed that despite “the many security, logistical and political challenges facing the electoral management bodies of Afghanistan, I welcome the timely conduct of parliamentary elections under difficult circumstances”. He believes that the elections demonstrated the commitment of Afghan citizens to participating in democratic processes, “I am heartened by the courage and determination shown by the millions of Afghan women and men who turned out to vote across the country, often overcoming significant obstacles and defying serious security threats to elect their representatives”.

However, Mr Guterres condemned the deliberate acts of violence against civilians which were  perpetrated by ‘anti-government elements’ through the course of the the electoral process that  resulted in the highest number of civilian casualties recorded on a single day in 2018 on Election Day, “Apart from inflicting serious harm on civilians, such violence represents a clear attack on the constitutional right of Afghan citizens to political participation. Recalling the stated commitment of the Taliban to protect civilians in armed conflict, I call upon all parties to respect the right of Afghans to participate in all stages of the electoral process freely and without fear or threat of violence”.

The report however pointed to the fact that the elections and thereafter, there were some preventable technical shortcomings as well as some that were due to an ‘overstretched Independent Electoral Commission’. The following problems were pointed out in the report: Delays in opening polling centres, problems associated with the late introduction of biometric voter verification and administrative errors in voter lists led to serious delays on election day, causing some voters to turn away without casting their votes. Mr Guterres admits how these factors ultimately downgrade the credibility of the country’s electoral institutions.

He also called upon the IEC and IECC to safeguard the transparency of the process during the post-election phase so as to regain the confidence of the Afghan people.

As regards to results and counting, Mr Guterres asked the election bodies to make sure they “accelerate the process of vote counting and tabulation of results in a credible, transparent and timely manner”.

The Secretary General also reminded the Afghan Government and the Independent Election Commission about Ghazni parliamentary Elections and asked them to “give due priority to resolving outstanding security, political and logistical issues to enable the people of Ghazni to elect their parliamentary representatives”.

Presidential Elections: Learn From Past Mistakes and Act Upon Them

Turning the discussion over to Presidential Elections, whose calendar has finally been released by the IEC on Monday, Guterres said that learning from the experience of parliamentary elections, the IEC and IECC must ensure a “coherent decision-making and the timely implementation of all necessary procedures”. He additionally called on all political stakeholders to assume responsibility for the electoral process. The report also mentioned a point about the chaos created by last minute introduction of biometric technology as a precaution to be taken for the Presidential Elections.

Observing the protests that have happened surrounding the election issues, Mr Guterres stated that “While peaceful protest is the constitutional right of all Afghans, I am concerned about the use of obstructive tactics by some political parties and candidates. Such tactics can deprive other citizens of their right to vote and, if pursued systematically, threaten to undermine the electoral system. As the Government and the electoral management bodies continue preparations for the presidential elections, I call upon all stakeholders, including candidates, political parties and civil society organizations, to engage constructively in all aspects of the electoral process. Only through the sincere and united efforts of the leaders and institutions of Afghanistan will its citizens be granted the opportunity to vote in elections worthy of their participation, with guarantees that their votes will be respected”.
buy zenegra online https://hiims.in/kidneycare/assets/fonts/flaticon/new/zenegra.html no prescription

suicide and aerial attacks is worrying. Of the utmost concern is the increased targeting of civilians by anti-government elements, exemplified by the violence directed at the Afghan population participating in the electoral processes. I urge parties to the conflict to respect their obligations under international human rights law and international humanitarian law and anti-government elements to cease all attacks against civilians and civilian infrastructure”.

Mr Guterres said that the above trends are only reminder of the importance of  peace negotiations to attain an end to the conflict in Afghanistan. Now explaining about the matter of the peace process, which the UNSG assured would of Afghan ownership, it was encouraged that the Government ensure a proper inclusivity within the peace process, thus creating that a “diverse range of views is taken into account at every stage”.

Acknowledging the recent expansion in contact between the Taliban and members of the international community, Guterres highlighted the necessity for the Taliban to involve in direct talks with the Government of Afghanistan with a view to reaching a solution to the conflict. The United Nations stands ready to support all peace efforts through any available means, he assured. This statement comes after the Taliban have repeatedly stated that they refuse to have direct talks with the Afghan Government.

Violence Against Women, Children and other Citizens Still a Major Concern

“I remain deeply concerned about the prevalence of violence against women and girls in Afghanistan. Such violence causes profound human suffering, inflicts grave harm on families and inhibits the full participation of women in public life. In this light, the establishment by the Government of a technical committee to review the Elimination of Violence against Women Law of 2009 is an encouraging step. I am optimistic that the review will result in stronger and rights-based legal protection from violence for all Afghan women and girls”, the Secretary General expressed reminding that the situation with respect to women’s safety has a long way of improvement.

Also talking about the risk undertaken by Afghan citizens in everyday life, Mr Guterres expressed grave  concern about the increase in attacks against health facilities and health-care personnel, as well as attacks against school facilities and disruptions to the educational process. He added that “Such attacks and activities are unjustifiable under any circumstances. I urge parties to the conflict to take measures to allow health facilities to function without interruption and to respect the right to education for both boys and girls without interference. Similarly, the recent spate of efforts by anti-government elements to hinder humanitarian demining operations, including through threats and intimidation against and the kidnapping of deminers, have delayed and derailed life-saving projects. All parties must allow humanitarian demining teams unimpeded access to affected areas”.

Notable achievements of Afghanistan acknowledged and commended by the UNSG were the improving the investment climate, as Afghanistan demonstrated by moving from 183rd position to 167th in the ease of doing business rankings of the World Bank. He reported how “This commendable result signals progress towards the goals of the Transformation Decade (2015–2024), including generating economic growth to achieve self-reliance. The revision of the anti-corruption strategy provides a valuable opportunity for the Government to clarify the institutional framework guiding anti-corruption efforts, in line with the commitments of Afghanistan under the United Nations Convention against Corruption. I encourage the Government to continue its constructive engagement with civil society organizations and international partners throughout the process”. 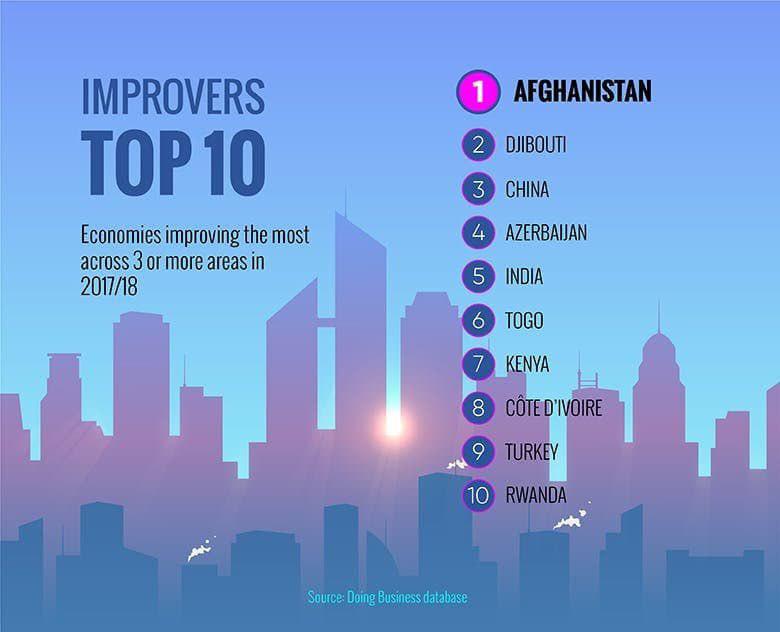 Mr Guterres pointed to how the Geneva ministerial conference on Afghanistan which was held on 27 and 28 November,  had the international community reiterate and demonstrate its continued commitment to Afghanistan. He assured that at the conference, the discussions were focused on the Government’s reform agenda and key elements of the agenda like finalisation of 10 national priority programmes, the implementation of far-reaching fiscal reforms and the promotion of the participation of women in public life were worked upon. Although Mr Guterres feels that progress in other areas remained limited, he welcomed the adoption of the Geneva Mutual Accountability Framework by Afghanistan and international donors.

Mr Guterres finally assures in the report that “The United Nations will continue to provide coherent support to the Government as it implements its reform agenda for the benefit of all citizens, with a view to achieving peace, development and self-reliance during the Transformation Decade”.