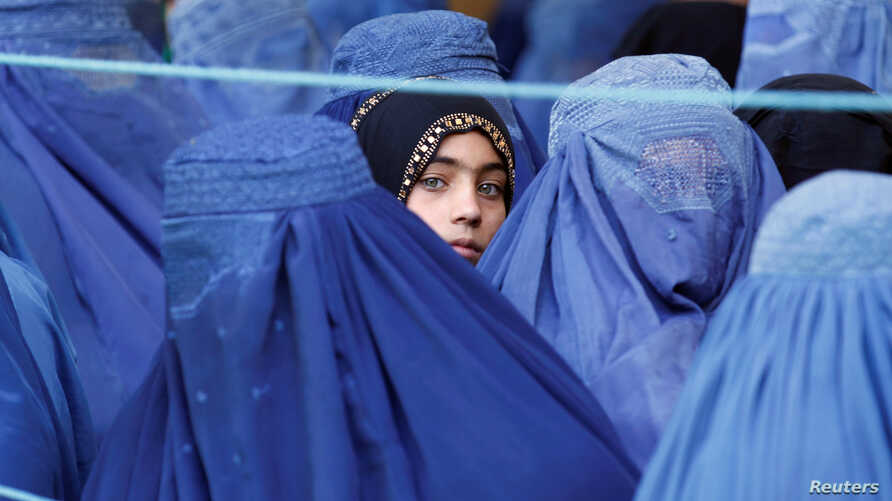 ‘Where Is My Name’ Questions The Identity Of Women In Afghanistan

For over four years now, occasionally a campaign on Afghan social media would pop-up to recognize women’s identities as they ask, “Where is my name?” The nascent movement takes form but fades after a while.

This time again, the campaign has picked up steam and even been submitted to the House of Representatives.

Khan Agha Rezaee, Chairman of the Internal Security Committee of the House of Representatives, wrote on his social media, “A number of MPs have called for the mother’s name to be included in the ID card.”

The Speaker of the House has given the Internal Security Commission a deadline to prepare a draft amendment to include the mother’s name in the law. “The Commission will soon prepare a plan and submit it to Parliament for approval,” Rezaee said.

Half of Afghanistan’s 32 million people, 15 million are women, according to official figures from the Afghan Statistics and Information Office.  Women in Afghanistan face many problems, including structural challenges and suppression by conservatives.

Afghan women are present in many areas, but without an identity and legal recognition. For example, women are active in the rural labour markets and are part of the production cycle while managing their household. However, this role and presence of women has not been recognized and ultimately women are not represented and projected as the income-earners.

However, the main issue is the anonymity of women in Afghanistan, which brings us to the children’s identity cards.

The joke of anonymity of women in Afghanistan

A few years ago, I created a personal blog and wanted to name it. I asked a friend of mine, a well-known author with several published titles, to recommend a name.

He replied with a joke: “Why do blogs and girls need to be named?”

I asked him why?

The joke is a reality of today’s society and the identity of women.

This was not the case in Afghanistan’s past, where women had been active in cultural, social and political relations.

The change came gradually, as over time, women suffered the most, and women’s names in particular became part of the fundamentalist rhetoric.

Afghan tradition then, robbed women of their individual identity and imprisoned them in the corner of men’s homes.

Use the mother’s name in the child’s citizenship

In this regard, I asked a woman who has faced such problems.

Zahra Yeganeh, an Afghan women’s rights activist, described her experience of not including her name in her child’s ID card.

“I went through all the steps. When I got to the last step, I was told that we could not give passports without her father,” she recounts. “I was told to go and get the father.”

Yeganeh, who was separated from her late husband explained the case to the official but was then told, “Go and get the grandfather.” She said the grandparents were in Herat. Then she was asked to “go and get an uncle [grandfather’s brother].” “He did not have any brothers,” the frustrated mother told the official. “I’m her mother. I’m here. I’ve taken care of her so far. Why do I need to bring her father’s uncle?”

“It was very painful for me that as a mother and a woman, I was worth less than an electricity bill from their uncle’s house, in the fate and identity of my children.”

It took her three years to get her daughter’s passport issued. But now, she is facing the same challenges for her son’s passport.

I also asked Azizeh Karimi, a graduate student of women’s studies who wrote her master’s dissertation on “Challenges of Single Mothers in Afghanistan,” what the purpose was of including the mother’s name in her child’s ID and what challenges do women face in administrative and bureaucratic matters?  Is it happening in Afghanistan?

Karimi said: “My most important finding in this study is the challenge of not recognizing women’s maternal identity and the legal mother-child relationship which is the underlying problem for other issues.”

One of them, Karimi says, is the non-recognition of the mother’s rights to child custody.

“For example, when a child loses their father or is absent, or in any case the mother is given custody, but because the mother’s name is not included in the child’s citizenship card, no authority recognizes this relationship.”

However, the campaign “Where is my name?” is in support of the inclusion of the mother’s name in the child’s ID card.

It is the first step towards recognizing the existence of women in society. In order for the campaign to succeed in such a sensitive situation where the Taliban’s return to power overshadows all issues, it needs widespread support in various areas. But most of all, it requires women’s cohesion and harmony.