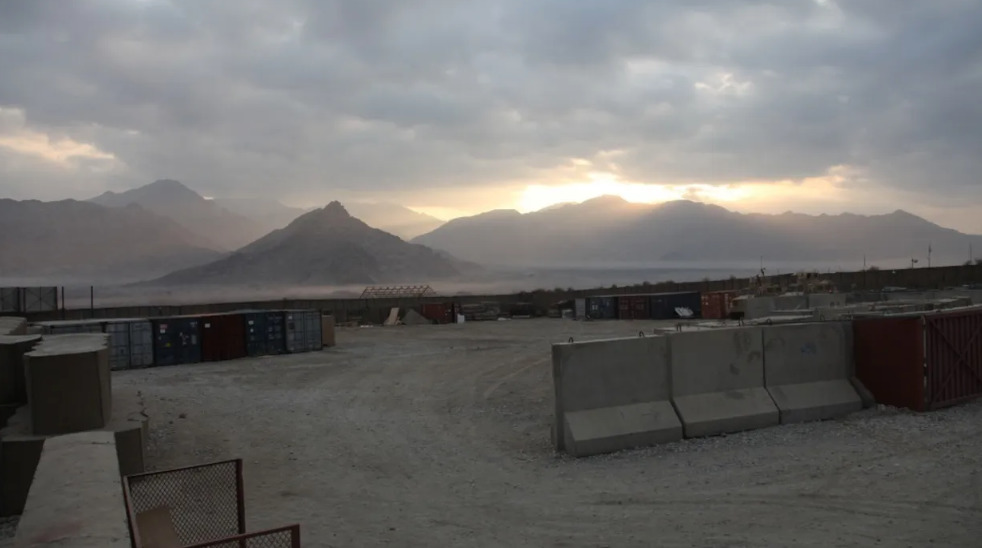 Will leaving Afghanistan cause another 9/11? Former soldiers and diplomats say no, not necessarily

As the war in Afghanistan drags on, and as President Donald Trump reportedly approves a tentative peace deal with the Taliban, several experts addressed a national security question that has dogged policy makers for years: if the 13,000 American troops still in Afghanistan were to leave, would the country become a launching pad for a second terrorist attack on the scale of September 11, 2001?

That question was brought up at a Senate hearing on Tuesday, where former officials from the U.S. military and State Department agreed that a large military presence in Afghanistan would not be necessary to ensure a second plot against the U.S. on the scale of 9/11 does not unfold. Instead, the officials said the U.S. could rely on diplomacy and its current mix of worldwide counter-terrorism assets to defeat any emerging threats to the homeland.

“Frankly, I believe we can sustain the counter-terrorism mission from outside Afghanistan,” said Douglas Lute, a retired Army officer, former deputy national security advisor, and a former U.S. permanent representative to NATO, at a Senate hearing about the costs and benefits of the war in Afghanistan.

“That is contrary to a lot of military advice this committee would hear,” Lute said. “But we do it most of the rest of the places around the world,” such as in Somalia, across the Sahel, in North Africa and in Syria to some extent, he said.

“We have the CT capacity, the counter-terrorism capacity, to get the guys we need to get,” said Lute. “It shouldn’t be any different in Afghanistan.”

Lute was in agreement with several other experts testifying at the hearing, which was hosted by the Senate Homeland Security & Governmental Affairs’ Subcommittee on Federal Spending Oversight and Emergency Management.

Framed as a response to the Afghanistan Papers — a Washington Post scoop that revealed government officials knew for years that the war was unwinnable, but continued to support it in public — senators sought to hear from former officials what went wrong, and what might happen if the U.S. left Afghanistan.

Lute himself is intimately familiar with those formerly secret documents, compiled by government investigators for a “lessons learned” project on Afghanistan. The Washington Post led its recently-published series with a quote Lute gave in 2015:

“We were devoid of a fundamental understanding of Afghanistan — we didn’t know what we were doing. What are we trying to do here? We didn’t have the foggiest notion of what we were undertaking,” Lute said.

“If the American people knew the magnitude of this dysfunction . . . 2,400 lives lost. Who will say this was in vain?”

“The problem here is that we have no objective and no real end in sight,” said Sen. Mike Lee (R-Utah), who is not a member of the subcommittee but had made a guest appearance on Tuesday. “There are those who in that circumstance say ‘yeah but you can’t just pull out now, because if we were to pull out now, you’d leave a void. And that void would cause other problems and we’d be looking at another 9/11,’ … what do you say to that?”

“That’s one of the most pernicious myths that there is,” said retired Army Lt. Col. Daniel Davis, a senior fellow with the Defense Priorities Foundation, an anti-interventionist think tank launched in 2016 by associates of conservative billionaire Charles Koch and Sen. Rand Paul (R-Ky.), who, as chairman of the Spending Oversight subcommittee, led Tuesday’s hearing.

Davis listed the killings of Osama Bin Laden, Abu Bakr Al-Baghdadi, Qasem Soleimani and Qasim al-Raymi as proof that “we can take out any direct threat to the United States anywhere in the world, because of our extraordinary power to project power and our intelligence, surveillance and reconnaissance,” Davis said.

As Lute suggested, the U.S. would be able to conduct the same surgical strikes in Afghanistan should the need occur, Davis argued.

Meanwhile, the fear that a power vacuum would result from the U.S. leaving Afghanistan is ill-founded, Davis argued, as there is already a bloody civil war occurring there which is killing more Afghan civilians now than at any time in the past decade, according to the United Nations.

“That’s not to say that our departure wouldn’t cause some real problems. But if we do this in a professional, sequenced way in a short period of time, maybe 12 months, then we can say ‘it’s going to be on you,'” Davis said, in reference to the Afghan government shouldering the full responsibility of contending with the Taliban. 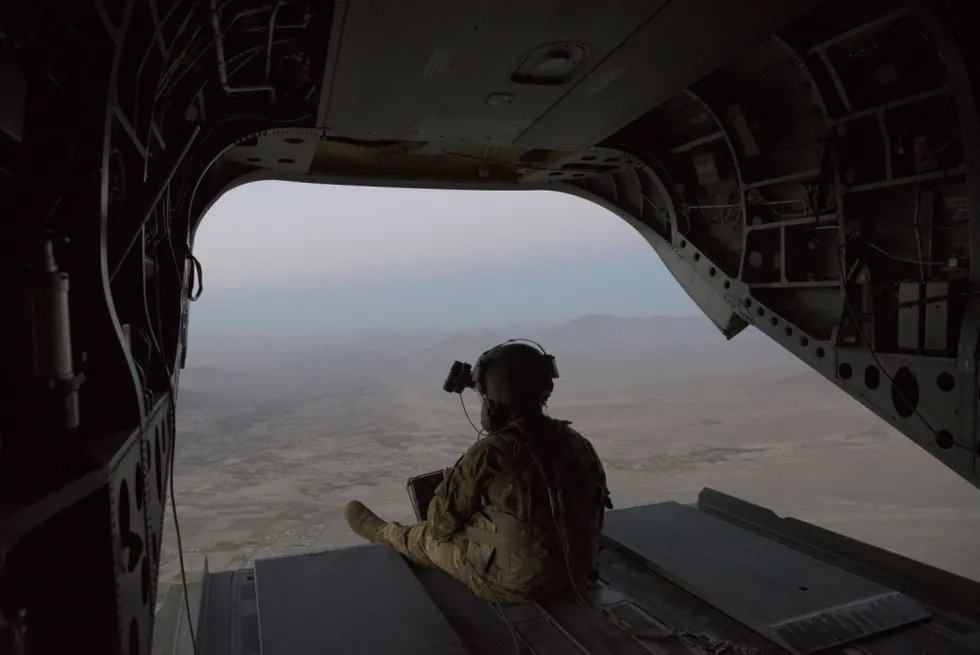 Sen. Paul directed the same question about a second 9/11 to a third former official, former Assistant Secretary of State for South and Central Asian Affairs Richard Boucher, who shared Davis and Lute’s opinions.

“We define terrorism as people who set off bombs and kill civilians, particularly in opposition to governments that we see as legitimate,” Boucher said. “If the goal is to prevent an attack on the homeland, then we should be able to do that, with intelligence, with the assets we have, with the diplomacy that we need to deploy, with the efforts that we could use to help governments establish themselves in these ungoverned spaces. And with a lot of vigilance.”

Most Taliban fighters, Boucher explained, fight within 20 or 30 miles of the villages they live in.

“They’re local people,” he said. “They’re fighting to protect their villages, they’re fighting to impose their idea of safety and security and justice and livelihoods, but they’re not fighting so they can plan another attack against the United States.”

However, Lute and Boucher stressed that the U.S. must prioritize diplomacy going forward in its fight against terrorism, both in Afghanistan and around the world.

“Certainly the war to ‘eliminate the terrorists and all those who harbor them,’ will never be achieved by military means,'” wrote Boucher in his testimony statement. “It will be achieved by capable governments around the globe who are able to provide benefits to their populations. That requires more diplomacy, not more interventions.”

As of now, diplomacy is hampered by the fact that the State Department may not have the resources it needs in Afghanistan, Lute suggested. The Trump administration has yet to nominate a permanent replacement for the former ambassador there, John Bass, who left in January, Lute said.

Leaving Afghanistan must also be a gradual process, Lute warned, in part due to the fragile nature of Taliban cohesion, which could fall apart in the event of a ceasefire. Earlier this month, Secretary of State Mike Pompeo demanded that the Taliban demonstrate they could abide by a ceasefire before the U.S. signed any peace deal.

“Their concern is their fighters will go home and not go back,” Lute said. “That sounds like good news to us, it is not good news to the Afghan Taliban political leadership. So that’s the problem. They see a ceasefire as a potential existential threat to their cohesion, so they won’t do it.”

Thus, a solution might include gradual steps to a comprehensive political outcome, Lute said, one which would require the Afghan elite to reform how they govern. It would also require compromises with the Taliban, securing support from Afghanistan’s immediate neighbors, Pakistan and Iran, as well as regional players such as Russia, China, India and the Gulf States, Lute said in his testimony statement.

Lute also recommended conditioning economic support to Afghanistan on progress within the Afghan government towards becoming less corrupt and more inclusive. Withdrawing from Afghanistan without these and similar agreements would be a big mistake, he warned.

“There is a potential outcome to this war that is worse than the current stalemate,” Lute said in his testimony statement. “An uncoordinated U.S. withdrawal in the absence of the kind of political and diplomatic progress I have outlined will likely lead to civil war, the collapse of the Afghan state, and irresistible opening for transnational terrorists to widen their reach – conditions that define Afghanistan in the years leading up to 9/11.”