Khalilzad, an Afghan-American, was appointed as US special representative for Afghanistan reconciliation. After his visit to Pakistan, he arrived in Kabul and met with the heads of National Unity Government and some other political figures. After hisKabul visit, he was set to travel to Arab countries.

Khalilzad is said to have been given ten months to carry out his mission. Ten months is too optimistic for a complex situation like Afghanistan.

Getting Khalilzad to have peace talks has at least one advantage and one drawback.

The drawback is more serious. It is difficult for him to be trusted by the Taliban and Pakistan. Khalilzad has recently taken a serious anti-Pakistan stand. Pakistan, especially its intelligence and military institutions, are not content about Khalilzad’s appointment. The Pakistani Foreign Minister publicly announced this dissatisfaction a few days ago. The prevailing approach to the relationship between Pakistan and the Taliban, makes direct talks between Khalilzad and the Taliban even more difficult. Perhaps this is why Khalilzad met with the Taliban supporters in Pakistan and the Arab states of the Gulf before he attempted to talk directly with the Taliban.
buy clomiphene online www.ecladent.co.uk/wp-content/themes/twentyseventeen/inc/en/clomiphene.html no prescription

Until now, Khalilzad has not planned to meet with Russia, Iran, Turkey or China. This group of countries also deserves to be included in the peace talks.

The last attempt was made by Russia in this case, which did not reach a result.
buy clomid online https://cialisnextdaydeliveryusa.com/dir/clomid.html no prescription

A few days ago, the Afghan Foreign Ministry announced the resumption of the trilateral talks between Afghanistan, Pakistan and China. Undoubtedly, disregarding these countries could be another challenge for Khalilzad’s mission. Russia and Iran have some people among the Taliban and some political groups. This group of people may sabotage the process.

But the advantage is that Khalilzad has a clear picture of the situation in Afghanistan and of the Taliban, contrary to other American diplomats whose information is either secondary or their mission in Afghanistan has been very short. They have left the country before they get to know the complicated situation in Afghanistan. Khalilzad is a Pashtun and can communicate with the Taliban in their own language. Probably there are people who understand English among Taliban, but influential people and members of the Quetta Council may not all be proficient. This would provide Khalilzad a direct access to talk to senior Taliban leaders. 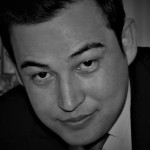 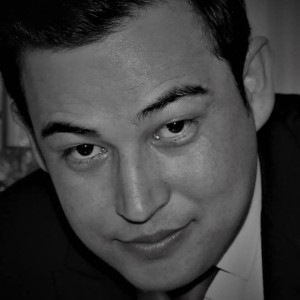