Yesterday [Friday], Maulana Sami-ul-Haq, one of the key supporting elements of the violence of the past decades in Afghanistan, was stabbed to death at his own home in the Bahria Town of Rawalpindi, Pakistan. The hour after this incident, the question arose about why and who killed him?

So far, there is no definite opinion on why and how he is killed, and what is stated in this article is merely a hypothesis. Hamed al-Haq, son of Sami-ul-Haq, said hours after his father’s murder in an interview with an Urdu News Agency “Express News” that one of the reasons behind his father’s murder was participation in Afghan peace talks. He argued that “some elements of the Afghan government and some Pakistani officials, opposed to the mediation of Maulana Sami-ul-Haq in peace talks, could have led to a plot to assassinate him”. Hamed al-Haq said: “he shared the issue with Pakistani security agencies.”

It is apparent from remarks of Sami-ul-Haq’s son that his father recently had opposition in the Pakistani government. Therefore, the killing of Sami-al-Haq is likely to be planned by elements of the Pakistani army or intelligence ISI. The reason is that Pakistani security elements do not want anyone to interfere in Afghan affairs, including peace talks, without coordinating with them.

This speculation was strengthened when recently Sami-ul-Haq had inhibited the Pakistani government from entering the Afghan peace talks. On the other hand, the Pakistani Daily Express news agency reported that the murder of Maulana Sami-al-Haq was not a terrorist incident, but the perpetrators of the incident killed him due to personal hostility. If the Pakistani police stand for this position, it is likely that the case of Maulana Sami-al-Haq is relegated and, even, not pursued at all, which is exactly what ISI wants.

The next speculation about the murder of Sami-al-Haq is the involvement of the intelligence services in Afghanistan. What has been said about Sami-ul-Haq supporting the Afghan Taliban is less than what it really was. Since the formation of radical currents in Afghanistan, such as the Taliban and the Haqqani Network, Sami al-Hāq has risen sharply in support of them and, until his death, did not hesitate to support them for a moment. He had the role of a tent pillar for the Taliban and the Haqqani Network in Pakistan. If the tent was ever supposed to be shattered, Sami-ul-Haq kept it still and firm with lobbying. Therefore, his physical removal was very important for Afghan intelligence services, and it is likely that his assassination was planned by the NDS.

During the Dr. Najibullah period, the Afghan intelligence agency also launched a plan for targeted assassinations in Pakistan, which had a good result. If the Afghan government has taken such a plan, it has not gone wrong. Of course, as I said these are just speculations and the whole narrative cannot be based on that.

Meanwhile, another hypothesis should not be ignored in the assassination of Sami-ul-Haq, that he may have been killed in connection with recent incidents in Afghanistan, such as the assassination of Abdul Jabbar Qahraman and Abdul Raziq. The influence of the Achakzai people (the tribe Rzaiq belongs to) in the Pakistani army and security institutions is not considerable, but they are powerful in the Pakistani community and have the ability to break into a house of one of their enemies, such as Sami-ul-Haq, and kill him.

However, solving the mystery of the murder of Sami-ul-Haq is not so easy because, in a country like Pakistan, the mysteries of assassinations are not easily resolved as they are apparently not supposed to be resolved in the first place. Whatever it is, Sami-ul-Haq is not alive anymore to be a man of lobbying for Taliban and protect them, but his absence does not mean ending of violence in Afghanistan, as still dozens of other Sami-ul-Haq have to face his fate to end the Taliban and terrorism, and to stabilize Afghanistan. 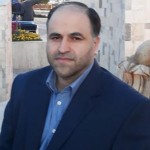 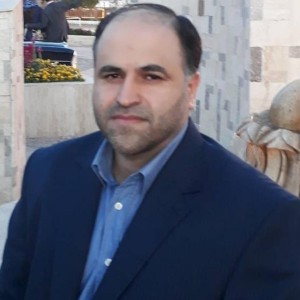