For only 33 parliamentary seats in Kabul there are 753 people competing for them, which means that 23 people are competing for one seat. The election commission has not yet specified the final number of voters from Kabul, because it was revealed that in some districts, including one to two districts of Kabul, the number of voters did not match the total population of those regions. Unless the list is reviewed and re-uploaded on the Commission’s website, we cannot say for sure as to how many votes can guarantee the candidate’s win in the election. This is the first puzzling point in the elections.

The second point is that some parties in Kabul have nominated eight to nine candidates for parliamentary elections. In case the competition intensifies, there is a high possibility that the candidates may step aside in favour of someone else, especially for the leaders’ sons and key faces of the party.

It was predictable in the first place that the parliamentary elections, in addition to other aspects, are indicative of a rivalry between new politicians and traditional ones. In this case, however, the parties and traditional politicians are way ahead of independent and quasi-independent candidates. Because the latter have a propensity to come up with coalitions and abstain from candidacy in favour of another if needed,  the rest of the candidates have been facing a tough struggle for a win for which they are not ready to step down.

Additionally, this time all the various guilds want to have their own representative in the parliament. Moneychangers, Oil mafias, and contract and logistics companies have also nominated candidates alongside the political groups, the rich, successful business owners, and civil and political activists.

Moreover,  with the exception of some independent or quasi-independent candidates (members of a political group), some groups have used a lot of money to accumulate votes. Some candidates spend more than $ 40,000-50,000 on their campaigns, while as per regulations, the total cost of a candidate’s campaign expenditure should not exceed 33,000 thousand dollars.

Furthermore, plans with respect to next year’s presidential election have not been out yet. The interim government, the formation of political groups on the basis of Russian-American alignments and the constitutional amendment Loya Jirga are still a probability. The next parliament, on the basis of these issues, can have the opportunity to play an important role in worsening or improving a particular political situation. To have such a parliament, we need representatives that have a clearer understanding and analysis of the political situation and political challenges facing the country.

Finally, the reluctant participation of the people in the elections should be turned into an active participation. The solution is to create a dialogue and discussion among educated people, political observers and those who are undoubtedly capable of analyzing the situation better than me or any illiterate or uninformed citizen.

I hope those who have often stepped out of the contentious atmosphere of the Afghan social network are breaking the silence now and speaking up for the importance of the election. So far, Mr Hatif has tried to prove himself more industrious in this regard with his promotion and analytical posts, and he seems to have a serious and thoughtful stance in terms of the election. Musa Zafar, on the other hand, has approached the election with flippant jokes and has not done anything significant.

Note: The women’s share in the parliament from Kabul is numbered at 9 seats. 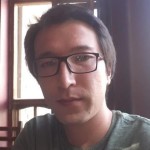 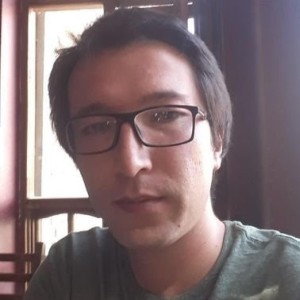